Homes plan for golf club back on the table 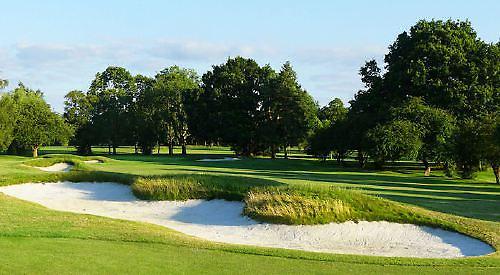 NEW plans to build homes on the former site of Reading Golf Club have been unveiled.

Developer Fairfax has cut the total number of units from 257 to 223 and included 67 which would be affordable.

It also promises to include more green space, a cycle network and footpaths on the land off Kidmore End Road, Emmer Green.

The move comes after the company’s last plan, drawn up in conjunction with the club, was rejected by Reading Borough Council in July after prompting a record of more than 3,000 objections.

Councillors said the loss of green space would be a “tragedy” and that the development would make congestion levels and air pollution worse.

A previous plan was withdrawn after provoking a similar furore.

Fairfax is seeking the views of residents before submitting a new planning application.

A company spokesman said: “Fairfax has taken time to review the feedback provided in relation to our previous application.

“As a result, we are now bringing forward significantly amended plans that respond, where appropriate, to the comments received.

“A significant portion of the former Reading Golf Club benefits from an allocation for around 130 dwellings within the borough council’s adopted local plan.

“As this area has already been deemed suitable for residential development, and given the significant need for new homes, Fairfax believes that development of the broader disused golf club represents an ideal and deliverable opportunity for the borough.

“Fairfax’s draft proposals would deliver a sustainable development that would not only contribute towards the housing needs of Reading borough and improve housing choices for local people, but would also deliver extensive areas of green, publicly accessible open space. Residents on this site would also benefit from excellent transport connectivity.”

A spokesman for Reading Golf Club, which merged with Caversham Heath Golf Club in Mapledurham in April, said: “One thing that has been overwhelmingly clear over the last few months from public comment is that there is demand for new market and affordable homes with gardens and this proposed development certainly delivers that.”

Keep Emmer Green, a residents’ campaign group, which opposed the previous plans, said: “Bearing in mind the universally hostile response from the people of Emmer Green, it might have been expected that any new proposal would address their concerns.

“The reality is that the latest communication from Fairfax Homes has paid scant attention to any of the issues and simply looks to grind the opposition down by regurgitating the same or a very similar scheme.”

Reading MP Matt Rodda said: “This will lead to more traffic and pollution, so I’m still opposed even though they have scaled it back slightly.”