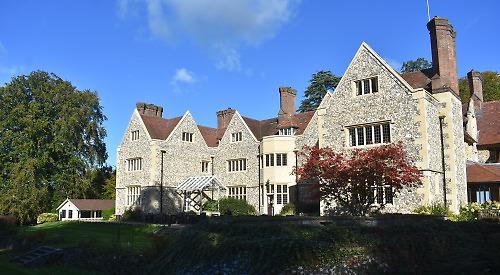 A MAGNOLIA tree has been planted in Goring as part of the Queen’s “Tree-bilee”.

People nationwide are being asked to plant a tree to mark the Queen’s historic platinum jubilee next year.

The “Queen’s Green Canopy” was launched in March when the monarch and the Prince of Wales, who is patron of the campaign, met at Windsor Castle to plant a Verdun oak.

Individuals, charities, villages, cities, schools and businesses are all being encouraged to plant trees.

Staff were assisted by pupils from Brookfields Special School in Tilehurst, Reading, who are given work experience placements at Flint House, helping with the gardening, housekeeping and catering.

Three former pupils are now employed by the charity, which provides physiotherapy and mental health support for injured police officers.

The charity hopes a member of the royal family will be able to visit in the spring when the magnolia should be in bloom, to officially open its hydrotherapy and swimming pools, which were completed in 2019 before the coronavirus pandemic.

Both last year’s scheduled opening ceremony and a visit by staff to Buckingham Palace to mark the charity’s centenary had to be cancelled.

The magnolia was planted outside the full-length windows near the new pool so that it can be seen by patients. There are already many trees around Flint House, which is off Reading Road between Woodcote and Goring.

She said: “Our mental health team run a lot of walks around the area and there’s a beautiful walk to Goring through the fields and woodland. Many of the police officers come from cities, where they’re in their car all day, so for them to have the chance to come out here is really quite special.”