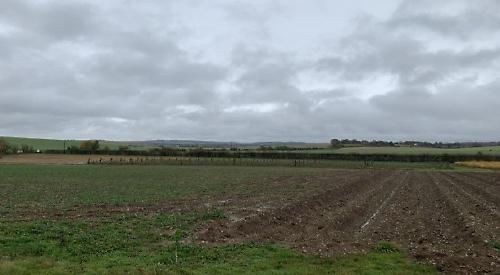 PLANS to build a miniature gas-fired power station in countryside near Goring have been rejected.

South Oxfordshire District Council’s planning committee refused to grant planning permission to Balance Power Projects for four generators in a field to the west of Wallingford Road, next to a sewage processing plant.

This was despite planning officers recommending approval and the council’s landscape officer, energy officer and countryside officer not objecting.

The applicant wanted to have the power station in place for 25 years, saying it would make up for the closure of Didcot B, which is due to be decommissioned by 2023.

The site is in the Chilterns Area of Oustanding Natural Beauty and can be seen from Goring and South Stoke. It is also near homes, the forest school at Withymead Nature Reserve, a pick your own farm and the Ridgeway path.

Councillors decided by six votes to four to reject the application on the grounds that the development would cause unacceptable harm to the landscape, character and scenic beauty of the AONB.

The landscape officer and the Chilterns Society had raised concerns about the impact on views but said these could be mitigated by planting trees.

Balance argued that the area was already industrialised with the Thames Water sewage works.

Residents raised concerns about the effect on air quality.

Paul Jenkins, a chartered electrical engineer who lives in South Stoke, told the committee: “Apart from the breathtakingly obvious point that we shouldn’t be building this during a climate crisis, it is in a bad location.

“There are no mains electrical consumers anywhere near it. Industrialisation of countryside should not be done when there are brownfield sites available in Didcot or even in South Stoke.

“Some of the most vulnerable people in South Stoke’s community live directly downwind of the proposed development. The pollution plume identified by the applicant would have a direct impact on the old people’s homes and gardens.

“To make these people breathe increased quantities of poisonous nitrous oxide so that the applicant and his partners can make some money is both outrageous and inhumane.”

Madeleine Bastawrous, a doctor who lives in Goring, said: “I have children aged three, seven and 10. Of particular concern is the levels of nitrous oxide emissions as noxious gasses have adverse effects on health.

“We know these emissions increase vulnerability and severity of respiratory infections and asthma.

“Children are at most risk of air pollutants as they breathe faster so inhale more airborne toxicants in proportion to their weight.

“Their organs are still forming so exposure can have irreversible effects on their lung function.

“It is not acceptable to build a power plant near a children’s forest school visited by so many children and families.”

Goring parish councillor Sonia Lofthouse said: “This application is for a fossil-fuel power plant and is not low carbon or renewable.

“It would take more than a decade for all the harm to be mitigated and this assumes that the landscape would develop optimality.”

South Stoke parish councillor Andrew Scrivener said: “The World Health Organisation has issued new air quality levels in 2021 against which this application has not been tested and would fail.

“As part of the lead-up to COP26, the Government has proposed a target to remove all gas-fired energy generation by 2035, whereas this application seeks to secure the future of this plant until 2046.

“It should be noted that this plant seems to be the least efficient type, making no use of waste heat produced and should therefore surely be the first to go.”

He said: “A power plant in the AONB — who would have thought this would be coming forward for approval by this committee?”

“The AONB has the highest level of protection by statute and we ought to be giving that great weight.”

Balance argued that the National Grid had advised there was a need for power in rural areas and that some fossil-fuel power stations would be needed to provide the necessary short-term back-up supply during the transition to renewable energy provision.

Ruaridh Mitchell, for the company, said that emerging advice from WHO had no legal basis in the UK.

Balance has the right to appeal to the Planning Inspectorate.

• The application was “called in”, meanting it had to be decided by councillors rather than officers, by Councillor Maggie Filipova-Rivers (Liberal Democrat) who represents Goring and said she was concerned about the visual impact, noise and emissions.