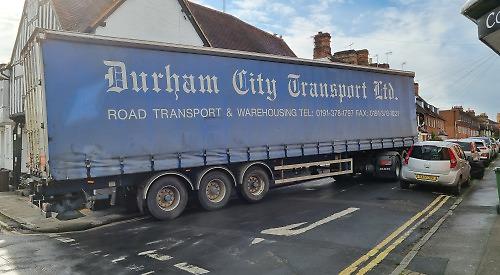 FRIDAY Street in Henley is the town’s worst road for illegal parking.

A total of 39 offences was recorded there in the first two-and-half weeks after the return of civil enforcement.

Tickets and fines in towns and villages in South Oxfordshire are now issued by wardens and enforced by Conduent Public Sector, a contractor for the council, which is the highways authority.

For the first two weeks, only warning notices were issued to offenders but since Monday last week, drivers have been issued with fines, which vary from £50 to £70.

The vast majority of offences were for vehicles parked in a restricted street during proscribed hours.

Councillor Stefan Gawrysiak, a town councillor who also represents Henley on the county council, said he wasn’t surprised by the figures and believed that civil enforcement would be good for Henley.

He said: “It will mean residents’ drives aren’t parked over and cars parked inconsiderately are ticketed so the drivers then park in sensible places.

“Oxfordshire County Council were very fair in having a grace period so drivers and residents could get used to the new system.

“What we must remember is the reason for all of this. If cars are parked illegally and inconsiderately then on occasion it can really screw up the traffic in Henley. In the past the local bus service has been compromised in its operation and could not visit Townlands Hospital because of inconsiderate parking.

“If people are parked in places they should not be, it’s perfectly reasonable for them to be ticketed.”

Mayor Sarah Miller said: “I feel sorry for the people in Friday Street as I imagine they live there and it’s not people coming into town and being a bit cheeky.

“But we do need to enforce illegal parking, particularly in the town and in the delivery bays.”

Some residents of Friday Street welcomed the new rules.

“I think doing the fines will get the message across as not a lot was happening before and there has been an improvement already. Overall it’s a positive thing that we’re seeing more ticketing.” Nigel Pike, who has lived in Friday Street for 23 years, said: “The majority of the illegal parking is actually by residents as there’s not enough parking spaces in the street — I am almost never able to park outside my house.

“In the last five to six years they’ve put in a lot more flats and that has increased the demand.

“I’m quite happy for the council to ticket people because when you have three or four cars parked illegally it encourages other people to do the same.

“However, they need to think about a balance as it’s unrealistic to expect residents to park in a car park.”

In April, a Tesco lorry got stuck attempting to turn left into Queen Street from Friday Street because cars were parked illegally on both sides at the junction.

In May, a heavy goods lorry being driven along Friday Street dented and scratched a Vauxhall Agila due to the lack of room caused by cars parked unlawfully. However, the commercial drivers were also in the wrong as HGVs are banned from Friday Street. The HGV driver said he had not seen the warning sign.

Across South Oxfordshire a total of 1,199 warning notices was issued in the first two weeks.

Councillor Tim Bearder, cabinet member for highway management at the county council, said: “People have praised our enforcement officers for finally taking action against drivers who have previously been getting away with it while causing a major inconvenience to other road users, cyclists and pedestrians.

“It is heartening to hear that so many people are thanking them for doing something about a problem that has been going on for many years.”

Drivers who are fined will receive a 50 per cent discount if they pay within 14 days of receiving a notice.