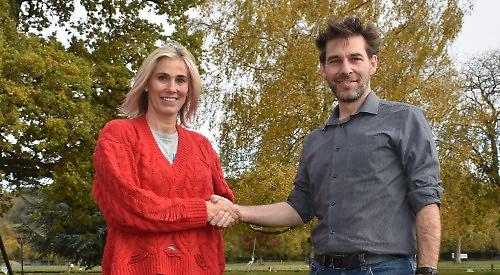 THE Henley Children’s Theatre Group will return to the Kenton Theatre next year.

The group has had an annual booking for its Christmas show at the New Street theatre since 1969.

But in 2019 it became embroiled in a row with the theatre’s previous management over fees and a clash of dates with the Kenton’s own professional pantomime.

This has meant that its production of Dick Whittington next month will take place at the town hall.

Now new Kenton manager Simon Spearing, who took over in March, has agreed to work with Muffin Hurst, who runs the theatre group, to ensure the children can return to their usual post-Christmas slot at the theatre from next year.

“A lot of other groups are coming back too. Without the community links, there’s no point in the Kenton being there. Whether people come to their pantomime or ours, I just want them to have a great time.

“The first time I ever went to the theatre was to see a pantomime. If we can show people a good time maybe they’ll then grow up not to be scared of going to the theatre, they’ll take their kids and their grandchildren and keep places like this going.”

Ms Hurst, who is the third generation of her family to run the children’s group, said: “We’re bringing in new children and families, the next generation. The theatre is there for their future so they should experience it.

“Simon has really listened to us, which proves it always pays to work together. It’s common sense and we’re so grateful.

“Hopefully, we will be back in our rightful place at the Kenton next year. We’re set to do Snow White and the Seven Dwarfs. Nothing could be done about this year, so we’re at the town hall. The kids are excited about the town hall and we hope to create a proper theatre experience there.”

In 2019, Ms Hurst was asked by the theatre trustees to move her production to February so it could extend the run of its own panto.

Ms Hurst said this was not feasible as the show would then be during term time so the children would not be available and their extended families would not have time to see it.

The Kenton then proposed charging her more than £9,100 for a five-day run for last year’s production when she had been paying £3,675 for her usual week-long booking.

For the following year and going forward she was offered a shared five-day slot with the Kenton’s show, including two days of shared
performances.

In February last year, the two sides agreed a deal but Ms Hurst said she was “a little bit lukewarm” about it.

Chris Tapp, chairman of the theatre’s trustees, resigned in September 2020 following the row and one of the largest losses in the Kenton’s history.