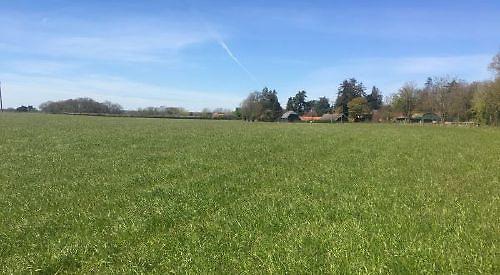 SONNING Common is a victim of a “broken” planning system, says a former parish councillor.

Tom Fort was speaking after the High Court rejected a request for a judicial review of the decision to approve a new retirement complex in the village.

South Oxfordshire District Council, the planning authority, twice challenged the decision made by a planning inspector but has now conceded defeat.

Inspired Villages won an appeal after being refused planning permission by the council in June last year for the large “assisted living” complex with up to 133 flats on a field off Blounts Court Road, known as Little Sparrows.

The council said it would be a major development in the Chilterns Area of Outstanding Natural Beauty and there were no exceptional circumstances which justified the harm to the surroundings.

But inspector Harold Stephens overturned this decision after a virtual inquiry in April, saying the field was not a particularly attractive part of the AONB. In a statement following the court’s decision, the district council said it had “reluctantly” decided to end its legal challenges and not pursue the matter further.

Council leader David Rouane said: “We were disappointed by the judge’s decision… it highlights the problematic nature of planning legislation in that a huge amount of discretion and judgement is made available to planning inspectors – they have much more discretion than sits with locally democratically elected councillors in planning matters.

“We’re disheartened that our ability to challenge this effectively has come to an end and feel we have done everything in our power to prevent an unsuitable development in the AONB.

“We understand the need for suitable care accommodation for older people and our Local Plan has a robust policy in place to provide this. However, it must be done appropriately in locations that are acceptable in planning terms.”

Sonning Common Parish Council also opposed the application, arguing that the scheme was “excessive and inappropriate” and contrary to the village’s neighbourhood plan.

It spent more than £20,000 hiring a planning consultant to fight the appeal and was one of nine parish councils in the surrounding area that signed a letter urging the district council urging it to seek a judicial review.

Mr Fort, who chairs the village’s neighbourhood plan working group, resigned from the parish council in protest at the inspector’s decision. He said he was not surprised by the High Court’s decision.

“It was going to be a tall order,” said Mr Fort. “They had to try to show that the inspector had acted outside the law.

“The inspectors have a huge amount of latitude in their decision-making and that’s a problem as they are not answerable to anybody.

“In this case, the inspector has shown himself over a long period of time to favour developers over local authorities and that’s what he did in this case. Sonning Common is a victim of a system that is very broken and flawed.”

Councillor Leigh Rawlins, who represents the village on the district council, said: “It’s obviously extremely disappointing and for me it indicates that our normal planning system is flawed.

“If the judges seriously think that the findings of that inspector, who has been called rogue by the Chilterns Conservation Board, is worthy of defending then our planning system is broken.”

Fellow district councillor David Bartholomew said: “I am very disappointed that yet again an unelected person listened to very expensive lawyers appointed by the appellants and used his own discretion to override decisions made locally through a democratic process.”