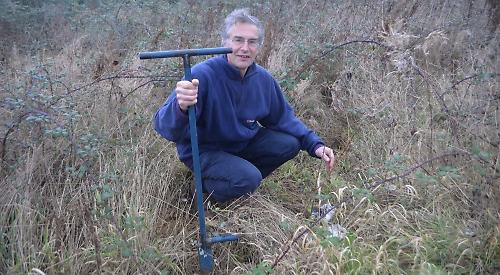 AN environmental campaign group has finished planting 3,000 trees near Highlands Park in Henley.

Greener Henley put in the first 2,100 trees in October with help from staff at Ribbon Communications, an IT company in Maidenhead which donated the trees, and landowner Alan Pontin.

About six volunteers finished the job across four days earlier this month in three acres of a field adjacent to the new housing development off Greys Road.

The indigenous species include hornbeam, whitebeam, rowan, wild cherry and field maple plus some shrubs such as dog rose and hawthorn. All the plants were sourced locally.

Patrick Fleming, chairman of Greener Henley, said: “We’re over the moon to be finished.

“One of the things we aimed to do was provide a really attractive, wooded area. There are some really nice looking trees, including small-leaved lime, which is an ancient tree. We haven’t used any guards, canes or plastic, which means we were able to plant double the amount of trees so even if we only get a 50 per cent success rate of trees that grow then we still won’t have littered and will have fed the deer.”

The group has moved on to its next project, which is planting 900 hedgerows in Shogmoor Lane, near Frieth.

Mr Fleming said: “We’ve also launched our garden tree project, which is encouraging the residents in Henley to plant a tree in their gardens.

“We’re hoping to get a £1,000 grant from Oxfordshire County Council for the trees, which will include species such as rowan, silver birch and hazel and, for larger gardens, oak, walnut and wild cherry.

“If someone wants hedging we can do that and it’s all Henley- grown.”