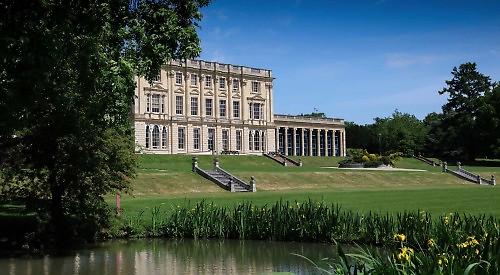 A PLANNING application is to be submitted for 153 homes and a care home at Caversham Park.

Beechcroft Developments, which bought the estate from the BBC in June, has submitted a request for a screening opinion to Reading Borough Council.

This means the council will consider whether the developer needs to undertake an environmental impact assessment before an application can be considered.

A total of 33 affordable houses would be built to the west of the manor house together with the two-storey 64-bedroom care home.

Another 41 houses and 12 flats would be built to the east, where there is currently a car park. The sports pavilion would be extended and refurbished to include the provision of two new croquet lawns, two bowling greens and an additional tennis court.

Savills estate agents, who represent Beechcroft, said the 37-hectare site was not subject to any specific environmental designations and was not in an Air Quality Management Area. It also had the lowest flood risk.

It said the development would be “heritage-led” and Beechcroft had engaged with Historic England and the Berkshire Gardens Trust.

The council’s local plan says conversion of the main house may be acceptable if it sustains the significance of the building.

But campaign group Keep Emmer Green says the development should not be built so close to the former Reading Golf Club course, where an application for 223 new homes has been submitted to the council.

A spokesman said: “While we understand the council may not eventually consent to either application, we seek assurance that impact assessments on the local infrastructure and community will be done for both sites, based on the assumption that both proposals will go ahead.

“Time is of the essence, as the council is required to give an opinion to Savills by January 11.”

He also said the impact assessments done for the proposed golf club development should be considered void as they did not factor in a possible development at Caversham Park.

Before its purchase, Caversham Park had been on the market for four years following the departure of BBC Monitoring.