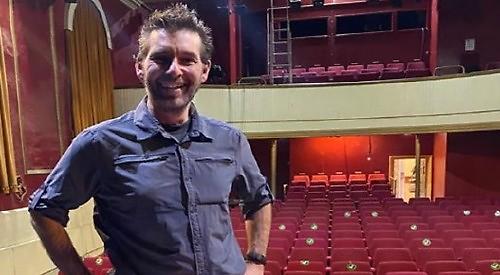 TICKETS for this year’s Christmas pantomime at the Kenton Theatre in Henley will go on sale on Monday.

Immersion Theatre will be staging Aladdin during December.

The production company was founded in 2010 by James Tobias and Rochelle Parry, who starred in the Kenton’s first three professional pantomimes from 2012 to 2014.

The pair were engaged on the stage during one performance and returned to appear in Robin Hood in 2017 and Rapunzel in 2020.

Simon Spearing, manager of the New Street theatre, said he was excited that Immersion had succeeded in the tender process for the panto.

He said: “Over the years they’ve done some really great things with the panto which were really well received and we’re really pleased to bring them back.

“I’ve known James and Rochelle for a long time and they’re lovely people with a lot of history with the Kenton.

“I was keen to go for one of the big adventure stories and Aladdin is one of my favourites.

“It’s a great story with an opportunity for lots of laughs and Abanazar is one of the best panto villians because he is so nasty and single-minded.”

Mr Spearing urged people to book tickets early and not to be deterred by the new coronavirus variant Omicron.

He said: “It does seem from the way the news is at the moment that it’s slowing down a bit and covid rates are falling, which is positive.

“Hopefully, we can all have a bit more confidence that we can go out to enjoy ourselves and socialise with friends and family.

“I’m no scientist but it does seem that we’re now in a position where it’s time to live with it.  So I think this panto will be really busy and we can have fun during the holidays.

“Straight after that we have Muffin Hurst and the Henley Children’s Theatre with their show so it’ll be a very busy Christmas.”

Aladdin will be performed from Saturday, December 10 until the end of the month. Tickets will be available from the box office on (01491) 525050 or visit
www.kentontheatre.co.uk