Detective called up to hunt down celebrities on TV show 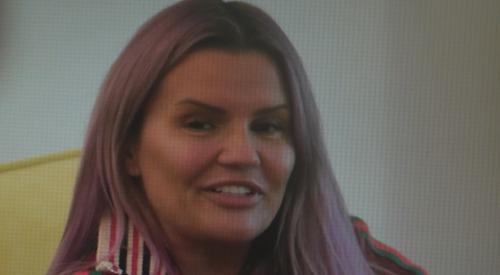 A FORMER detective from Henley, who made her television debut in 2018, has returned to the screen for a new series of Celebrity Hunted.

George Bradley is part of a team of elite military and police force officers given the task of tracking down eight celebrities.

The celebrities are given two weeks to stay under the radar. If they aren’t caught by the officers, they are able to win a donation for Stand Up to Cancer.

George was part of the ground team tasked with tracking down Ru Paul’s Drag Race drag queen The Vivienne and Chloe Veitch, of Netflix’s Too Hot To Handle.

The show has been screened on Channel 4 every night since Saturday and will finish tomorrow (Saturday).

George, 45, who joined Thames Valley Police in 1998, said: “I orignally worked on The Heist for Shine Productions on Sky One. Then I was approached for Celebrity Hunted as it is a similar concept.”

During two weeks of filming in September, she sent tasks from a team in “headquarters” in central London led by Lisa Theaker, assistant chief constable of Cleveland Police.

George said: “We were sent to interview Kerry Katona, which was great fun. We spent a lot of time with her at her house over a couple of days.

“It is really likely that The Vivienne and Chloe Veitch were close to her when we were also there so we just missed them. She used her car as a decoy to distract us so they could get away.

“We used different tactics including surveillance on the address and a sentry camera.

“We did lots of interviewing associates and contacts of the celebs and interrogating their phones was a huge part of it.

“We gathered intelligence to feed back to HQ. The hunters are all ex-military or police due to their ability to interview and their surveillance and driving skills.

“The best bit was driving around in a brand new Land Rover. It was amazing to drive and very luxurious.

“In each car there was a double crew of hunters and we would alternate the driving. We would spend 10 hours in the car. There was lots of waiting for deployments and so many miles covered.

“The producer or the director would be sitting in the back filming us. We also had GoPro cameras and body cameras. There was so much footage but actually only a small bit made the edit.

“I worked alongside an experienced hunter so I learnt on the job.

“We used traditional techniques such as automatic number-plate recognition and CCTV trawling, which I am very familiar with. I learnt how to deploy trackers on cars too.”

George  appeared in the first and second series of The Heist as one of 15 current or former officers tasked with tracking a gang of “criminals”.

The Heist followed a group of nine contestants who must plan and carry out a mock bank robbery in which they pocket £1 million then attempt to remain hidden for a month.

Those who evade capture during that time keep their share of the cash.

The police officers, who were recruited from across Britain, worked for 24 days in shifts of up to 12 hours from a temporary “incident room” in Alnwick in Northumberland when filming took place in the summer of 2019.

George joined the police shortly after moving to the Thames Valley and spent her first six years as a constable in Didcot.

She became a detective in 2005, two years after she moved to Henley, and served mostly in a team covering South Oxfordshire.

She took a career break in 2018 as she was approaching her 20th work anniversary and wanted to spend more time with her family — she has two young children.

She is currently working part-time at Henley leisure centre as a fitness instructor and swimming teacher.