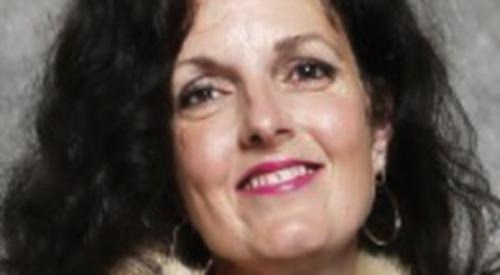 FORTY tickets to the opening night of the Henley Festival will be hidden in and around the town on Monday.

Chief Executive Jo Bausor came up with the idea to “spread a little love” as the announcement of this year’s acts falls on Valentine’s Day.

Each package comprises a chocolate heart and a tag that reads “With love from Henley Festival” to be exchanged for a general admission ticket for the opening night.

Mrs Bausor said: “I thought about it the other day that as we are having our programme announcement on Valentine’s Day, we should have a little bit of fun with it.

“We have 40 packages of red chocolate hearts with a tag inside inviting one person to our opening night as a way of celebrating our anniversary.

“We will be looking at other ways to mark it, such as identifying people who have been attending for 40 years, but this will be done during the festival.”

The five-night festival of music and the arts will take on the site of Henley Royal Regatta from Wednesday to Sunday, July 6 to 10. Mrs Bausor, who became chief executive last year, said she was very happy with this year’s acts and promised there would be something for everyone.

She said: “I am really excited by the new programme. Putting it together has still been challenging due to the effects of covid when it comes to booking the acts but I am pleased with what we have been able to do.

“We have been able to scrape through the last two years and it will be really nice to make it to the 40th year and for us and our supporters to get back to what we know and love.

“Last year was a huge test, having had to move it to September and not knowing what covid restrictions would be in place, and everyone passed with flying colours.

“It’s great to be able to put on the event to our tried and tested formula without needing to worry about other bits such as the need for extra infrastructure so we can concentrate on making the event brilliant.

“We now have that certainty again, as far as possible, that we are back the week following royal regatta, on our normal site and the fact that these events are happening is a source comfort to a lot of people.

“It doesn’t matter what else is happening in the world, events like ours are still here and are carrying on and that’s a good thing.”

The full Henley Festival line-up will be published in next week’s Henley Standard and on Monday at
www.henleystandard.co.uk