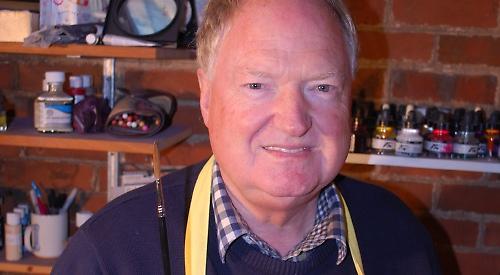 A PLANNING authority acted “unreasonably” when ordering the demolition of an art studio that was built in the countryside unlawfully, a planning inquiry heard.

Clive Hemsley, of Hart Street, Henley, is appealing against an order to take down the studio he built in Rotherfield Greys.

He argues that the three-storey building on his land is not much bigger than the one he had previously proposed and was approved by South Oxfordshire District Council in 2017.

The council says the building is “materially different” from what was approved and is bigger and in a different position. It is also concerned that the “private studio” would be used for art classes or as a gallery or as residential accommodation.

The inquiry heard on Wednesday that when Mr Hemsley asked the council for advice when building the studio his calls and emails were not answered.

Simon Munnings, a chartered surveyor called as a witness, told planning inspector Justina Moss that the council had acted “unreasonably”.

He said: “The council failed to respond and come up with answers. The applicant asked for advice during the building process and wasn’t given any. It was very frustrating for the applicant that there was no real dialogue between the parties.

“The art studio has been built to the highest standards possible and to say it has not been designed properly is totally wrong.  The studio is no more visible than the approved design and the effect is no greater.

“The building has been designed as an art studio. I’ve been there several times and can’t see why anyone would turn it into a house.”

Mr Munnings pointed out that while the stables on the site were used as accommodation for Mr Hemsley’s son, the possibility of an art school with regular classes and dozens of people visiting the site every day was “never the intention”.

Juan Lopez, for the council, said Mr Munnings was “repackaging something to reformulate a complaint” and discussion on residential use of the site in the past was “irrelevant” to the appeal.

In November, Mr Hemsley told the inquiry that he had intended to use the studio to teach terminally ill people but that if the council didn’t allow teaching facilities, he would accept that.

The artist’s studio plans date back to 2016 when he sought permission to convert an existing stable and he said it would be for his use only. Over the next two years, he made applications to demolish the stable and replace it with a purpose-built studio with a 77 sq m footprint, including a gross floor area of 100 sq m and a 24 sq m basement. These were approved by the council.

But the actual building has a 102 sq m footprint with 237 sq m of floor space across three storeys, including a porch that is larger than agreed.

Mr Hemsley had consent for a small, private facility despite opposition from neighbours and the parish councillors.

The opponents said it would be out of keeping with the rural surroundings and would have a “urbanising” effect on the Chilterns Area of Outstanding Natural Beauty.

The National Trust, which owns the land used to access the site, also objected.

After the studio was completed, an enforcement investigation was launched by the council. It then refused a retrospective application and ordered that the building be demolished, so Mr Hemsley appealed.

The inquiry was due to end today (Friday).