Dogs bid to be Crufts champions 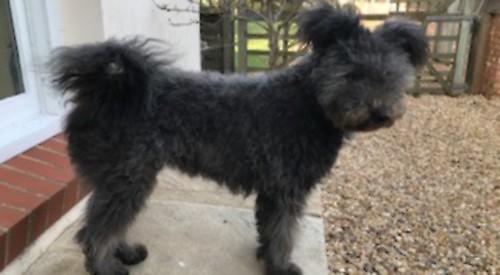 A COUPLE from Henley are hoping to have another champion at this year’s Crufts.

Julie and Paul Humphreys, of St Mary’s Close, are entering three-year-old Nina, an Irish setter, in next week’s show in Birmingham and will also take their other setter, Ci Ci, who is two.

Irish setters are famed for their red, silky coats.

They were originally bred as gun dogs, running in zigzag patterns to catch the scent of birds.

Now they are often used as therapy dogs due to their calm temperament.

The Humphreys, who have been attending Crufts for more than 30 years, have previously enjoyed success at the event.

Mrs Humphreys, who is retired, said: “We both judge and show dogs there. I first went to Crufts in 1990 and have been every year since.

Mrs Humphreys said: “The week before the show consists of preparation grooming. We will trim their coats and give them a bath and keep Nina’s coat as smooth as possible as she will be competing.

“It will take around half a day to groom her and then have her bathed the night before. I try to keep them as pristine as I can and pray that it doesn’t rain.

“Crufts has been a lucky show for me over the years and it’s the highlight of the calendar as it’s the biggest show in the world and receives the most overseas visitors of any dog show.”

This is a rare spaniel-type breed of dog of Dutch ancestry that was originally used as a working animal.

Ms Whitehead, who runs Clever Dog in Windsor, said: “I have had Quill since he was a puppy. I also have a 10-year-old rescue collie-cross called Skye.

“Quill is a rare breed. I spent a lot of time researching the breed that would be right for me.

“I wanted a medium-sized dog with a great personality and a desire to train. This breed is so rare in the UK that I waited seven years before I got him.

“Quill looks and behaves like a mix of a spaniel and a collie. We attended Crufts three years ago and he won best puppy for the kooikerhondje.

“We had the film crews coming over to our dogs, which are so photogenic and love to do tricks and show off for the camera.”

Ms Whitehead, who has an MSc in animal behaviour, said: “I like to analyse the connection between people and dogs and how we can learn a dog’s needs by reading their body language.”

Another entrant is nine-month-old Hungarian pumi Jolly, who is owned by Amanda Wood, from Brightwell Baldwin.

These dogs were originally bred for gathering, driving and keeping livestock under control.

Mrs Wood, who is making her debut at the show, said: “Jolly is a very rare breed and I don’t know how many others will be attending. We attended the qualifiers for Crufts in Birmingham in December and Jolly won first prize.

“I have had her since she was a puppy and she originally came from Hereford.

“I had never seen one before but they are quite similar to a cockapoo. I wanted a breed that was unusual, something that no one else has.

“Jolly isn’t very big but she has a great personality and is very active and always on the go.

“We have some sheep on our land and she loves to run around them.

“I am very excited to take her to Crufts as it will be a first time for us both. I’m not nervous yet but I think I will be on the day. It will be a great experience.”

Diana Webber, from Checkendon, is talking Levi the whippet to the show.

Ms Webber said: “I bred Levi myself and I have always had dogs. I had Jack Russells when I was growing up and then I moved on to lurchers.

“I wanted a dog that I could show at events, so I started breeding whippets and have been doing that since the early Eighties. Levi will be in the puppy category and will be judged on his breed.

“To prepare him, I will keep his nails clipped and bathe him beforehand. Because he is a shorthair breed, he doesn’t need too much maintenance for his appearance.

“I will also be taking him to the discover dogs part of Crufts where we will have a booth and will talk to the public about the breed.

“It’s for anyone who is interested in getting one. A whippet is a great dog to have. You can do so many things with them.

“I am hoping to take Levi lure coursing. This is an agility and endurance test for whippets, where they run around a field and are judged on their performance.

“I have three other whippets, Levi’s mum Scarlet, his great granddad Raven and great, great grandma Poppy. They are all lovely. My dogs are very outgoing, sporty and loving.”

More than 20,000 other dogs from across the globe will be competing at Crufts, which takes place at the NEC in Birmingham from Thursday to Sunday.