Power of friendship shines through at youth festival 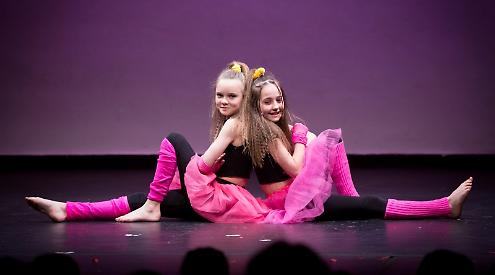 FRIENDSHIP was the theme of this year’s Henley Youth Festival and it shone through more than ever.

Volunteers helped ensure the event took place for the 29th year, having been cancelled last year due to the covid pandemic.

Hundreds of children from Henley and the surrounding area, ranging in age from four to 18, took parts in nine days of workshops, competitions, music and dance performances, sport and art.

Venues included the Kenton Theatre in New Street and the River & Rowing Museum.

Laura Matthews, who was chairing the festival for the first time, said she was impressed with the quality of the young people’s work.

She said: “It was great to have everyone back after the festival couldn’t happen last year.

“It was lovely to see everyone’s smiling faces and so many people told me how much they had missed it. We had new things, such as the school mural competition, and so many entries that were just so good.

“This year’s theme fitted so well as it matched what is going on in the world at the moment — it was really relevant.

“We had fewer applicants than in previous years probably because people are not yet doing as much coming out of the pandemic and it feels like events in particular are not entirely geared up.

“But we had some phenomenal performances. I went to every single one and enjoyed them all. Next year, it would be great to get the schools more involved earlier on and to have more parents on board as we always need new volunteers.”

Miss Matthews, who took part in the festival as a child, said she had an “amazing” team helping to organise the festival. “That was really helpful given that it was my first time chairing the festival,” she said. “We had some veterans and they are so good at it, they made it so much easier.”

Seventeen musicians and singers performed at the Unplugged event, which was held at the Kenton on Friday.

This was open to youngsters in school years 5 to 13 who could perform any genre of music without a backing track.

The focus was mainly on classical with children playing the piano, violin, guitar, clarinet and ukulele.

Guitarist Isaac Urch opened the show with the White Stripes’ We’re Going to Be Friends. Pianist Ben Baldeon performed Tarantella (No. 4 from Musiques d’enfants, Op. 65) by Sergey Prokofiev and Starry Dome (No. 15 from Piano Meditation) by George Nevada.

His sister An heralded spring with the sound of raindrops in her interpretation of Allegro, the third movement from Mozart’s Sonata in E, K. 282, and Lavender Field by Karen Tanaka.

The second half opened with pianists Ayden Yasin and Maya Kirbas playing Prelude in C Minor by Bach one after each other.

Juliette Hogan performed The First Flakes Are Falling by Helen Madden on the piano and La Folia on the violin.

Edward Palmer treated the audience to Riptide by Vance Joy on the ukulele and then played the clarinet.

Martha Golledge closed the show by playing 4ème Gnossienne by Erik Satie on the piano.

Louise Earl, the festival’s performing arts co-ordinator, said: “It was so wonderful to see performers return to the stage following last year’s absence.

“The standard of performance was incredibly high and it is encouraging to see that young people are still playing and want to perform. We aim to build on this for next year.”

The Kenton also hosted Senior Variety on Saturday evening, the final event of the festival.

It was presented by Oliver George, a drama student at The Henley College.

Twenty-four dancers and three singers performed a number of styles, including contemporary, ballet and jazz.

Alix and Holly Maxwell, who were taking part in the festival for the second time, sang Let Me Be Your Star from the musical Smash.

They took their bow holding a painting of the yellow and blue flag of Ukraine and a placard that read: “We did this for them”.

Milo McGinn, who has been playing the electric guitar for three years, performed Bad Moon Rising by Creedence Clearwater Revival.

Frances Sadler and Ariana Niedesczinska danced to Lewis Capaldi’s Someone You Loved and gymnast Alana Gove performed Seventies cheerleading moves to You’re Still the One by Shania Twain.

Ella Hanley performed a contemporary ballet solo to Strong and Freya Gove interpreted the movement of the sea to a track entitled Waves. Amber O’Connor and Ella Hanley closed the show with Say Something.

The festival also featured an art and film competition which received more than 150 entries. These were displayed at the museum in Mill Meadows and the winners were presented with prizes at an awards ceremony.

Charlene Brown, who organised the competition, said: “The theme of friendship along with the rainbow logo this year really set in motion a brightly coloured festival of art. The children really shined, showing off their talent with various techniques and interpretations.”

The school mural competition for primary pupils was to show what the theme of “friendship” meant to them. The prize of £250 of art supplies donated by Invesco was won by Sacred Heart Primary School with a mural representing friendship between Henley and its twin towns.

Nicola Sutherland, who judged the competition, told the artists: “The bold symbolism of this mural and the positive message that it sends is what makes it stand out from the others.

“There is something very important about your mural. Considering the times we are living through, your design is the one that extends the hand of friendship out of Henley and around the world.”

• The festival Young Reporters’ articles will be published in next week’s Henley Standard.