Council accountant who did more than look after books 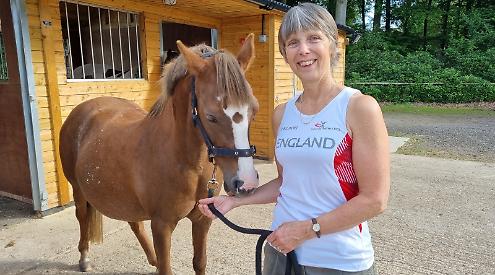 FOR more than a decade Liz Jones has been keeping an eye on Henley’s public purse.

She has been responsible for setting the town council’s budget and ensuring its finances stay in the black.

So it’s only fitting that when she retires on Thursday it will be the end of the financial year.

“My retirement is nice and neat and tidy,” said Liz.  “When you’re an accountant it has got to be that way.”

Liz, 61, qualified as a chartered accountant in 1984 and worked for various accountancy practices before spending a few years working for a small transport company in Bristol.

She met her husband Howard, who is also an accountant, while they were on an auditing course together and they were married in 1986.

The couple moved to Henley 10 years later, bringing with them their two children, Kathryn and Robert, who were then aged six and three.

Liz set up her own accountancy practice while her husband moved into IT. After 12 years, she sold her company in order to go part-time. Liz says: “I wanted to do something that was local and when I saw the job at the town council advertised, I thought the work would be interesting — and it certainly was.

“I have had to do things that would normally be beyond the work of an accountant.

“I found myself getting heavily involved with the conversion of the chapel at the Fairmile Cemetery where I learned a lot about the structure and the roof because, as with everything, it all costs money.

“I had to keep visiting it and making sure we were doing the right thing.

“Another time, a herd of sheep had got into the cemetery and were eating all the flowers that had been left on people’s graves so I had to find out who their owners were.

“The sheep had actually come from the other side of the road and had walked over in the middle of the night.

“There was also the time I had to get my husband to pretend to play dead on the kitchen floor so I could try and measure the average width of a coffin. I would also get involved with things such as litter picking and other council-run events such as the Christmas Festival — everyone just mucks in.

“I have even planted a few shrubs at the new adventure golf course in Mill Meadows that will be opening soon.”

Liz says the council staff like to help each other out and she has always had the support of colleagues, in particular her assistant Eileen Dennehy.

She enjoys her role looking at the figures as it “filters down” into all parts of the council’s work.

“You end up getting involved with everything that the council is doing, get to know all sorts and have a massive impact on Henley and its people,” says Liz.

When it comes to the figures, she remembers making just one mistake but no real harm was done.

Liz recalls: “I was doing the budget for the next year and I put in a positive figure when it should have been a minus.

“I had put in an extra £3,000 so, overall, councillors thought they had an extra £6,000 to spend.” Liz hopes to use her retirement to volunteer for Wyfold Riding for the Disabled, which she has fundraised for, and is planning to join the Greener Henley wildlife group and learn to sew so she can upcycle clothes.

A keen runner, who has represented England in the sport, she will continue to run, walk and cycle as well as see more of her mother, who is 90 and lives in Checkendon.

Liz says the town councillors “work really hard”, adding: “I have seen at first hand how hard the councillors work and how much time they give up — it is hours and hours.

“I have been humbled by how much volunteers and organisations benefit from the council’s grants schemes. Even as little as £500 can make a huge difference and that, for me, has been another highlight.

“They all do a fantastic job — Henley really is an amazing town.”

Liz will be succeeded by another Liz — Liz Sampson, who lives in Wargrave Road, Henley.