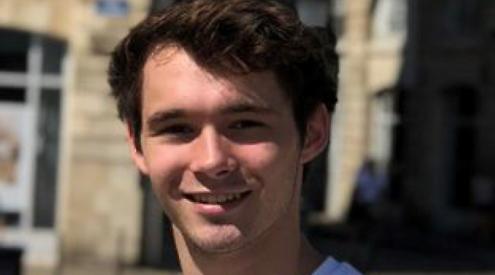 Sebastian Kelly was 21 when he passed away in August after years of battling addiction so his friends launched a fundraising ride called Bike4Bast.

More than 160 people from around the world took to their bikes on Sunday with the aim of riding 12,000km and raising £12,000 to pay for a place at Yeldall Manor, a rehabilitation centre near Wargrave.

Jaqueline Kelly, Sebastian’s stepmother, said: “We have had the most amazing responses and lots of Sebastian’s friends from when he was at Moulsford Prep took part.

“We have raised £5,000 so far and a family who we don’t know particularly well but knew of Sebastian’s story said they would like to give a sizeable donation, which is fantastic.

“The challenge is a bit like a rolling stone where we are having more people join all the time. One of his best mates, who lives by the coast in Scotland, told us that he didn’t have a bike so he would surf instead.

“I have done 60 miles around the Isle of Wight and I am back in London now but when I was walking around, I saw a “Boris bike” and went on that for a bit.

“To see the responses of people is so heartening and we believe that we can achieve our objective and give someone else the chance of a life in Sebastian’s memory.”

Sebastian was born and brought up in the Henley area. He attended Rupert House School in Henley and then Moulsford Prep. In 2012, he moved to Singapore as his father, Paul, got a job out there and he started at Marlborough College, although he ended up taking
A-levels at Sherborne College in Dorset.

Ms Kelly said the family thought Sebastian began taking recreational drugs around the time of his A-levels and he then couldn’t break the habit.

She said: “One of the reasons that we are doing this is because we want to make it clear that it doesn’t matter what walk of life you are from, drugs are dangerous and they are so prevalent in our society.”