Pupils decorate village hall for jubilee with their artwork 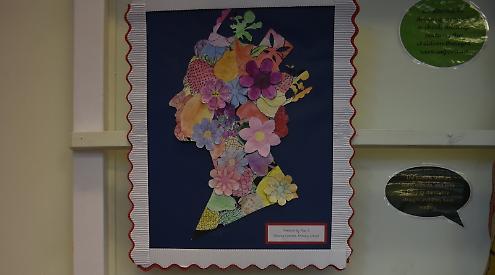 THE village hall in Sonning Common has been decorated for the Queen’s platinum jubilee by children at the primary school.

The handmade decorations featuring the Queen and her corgis were put up on Monday ready for a Women’s Institute tea party at the hall on Wednesday.

The school was asked by the parish council to brighten up the hall in Wood Lane for the jubilee celebrations this week.

Each year group made a collage. The reception children splatted different colours of paint on to a redesigned postage stamp.

Year one drew corgis, year two made a pop-up castle with a picture of the Queen in the archway, years three and four made large stamp collages, year five drew the Queen’s face and year six made a crown.

Sarah Underwood, the council’s office manager, said: “I wanted to involve as much of the community as possible in the jubilee celebrations and the children did an absolutely marvellous job.

“I’m over the moon, ecstatic really, but I don’t think the children actually know what they’ve brought to the community — they should be really proud.”

Parents are invited to go to the hall on Monday to see the display and additional decorations made by members of the WI for their party.