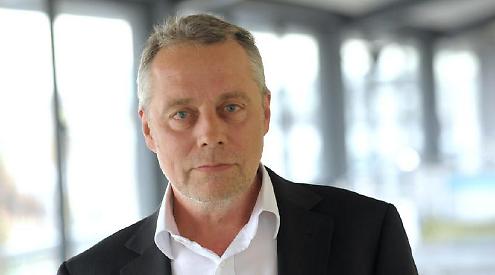 THE River & Rowing Museum in Henley is to close for at least five months so the roof can be replaced.

The £1million project is part of a plan to save the loss-making venue in Mill Meadows from financial ruin.

The museum and its café will be shut from early October to late March but the John Piper gallery will be closed on July 11 and the exhibits placed into secure storage.

During the closure, all the museum staff will be retained and deployed behind the scenes.

Since it was opened by the Queen in 1998, the museum has welcomed more than two million visitors.

However, it has recorded annual deficits averaging £250,000, which rose to more than £400,000 just before the coronavirus pandemic struck in 2020 when the museum closed for almost five months.

The museum, which is a charity, has been relying on interest from an £8.5million endowment by Sir Martyn Arbib, founder of the Perpetual fund management company, to cover its operational costs. But as the deficits have increased, this has reduced the interest and the base sum and the museum trustees fear that eventually all the money would run out unless something is done to balance the books.

At the same time, the roof of the design-award winning museum is leaking and the double glazing and mechanical and electrical systems are deteriorating.

David Worthington, who chairs the trustees, told the Henley Standard that the building is both the charity’s biggest asset and its biggest liability.

He said: “The museum was an ambitious project but, on reflection, was probably too ambitious.

“It has got a gift shop, education centre, galleries, curators — it is a proper museum — but that ambition is too big for the subject matter and the area.

“The original endowment from Sir Martyn is now worth £8.5million and recently we’ve been achieving around four to five per cent growth, roughly £400,000 and that goes in the current account. The operational costs with inflation mean the endowment gets smaller and so cuts the growth.

“We have applied for a grant for the roof but we are likely to have to pay for it using the endowment.

“While the structure of the building is sound, the roof has started leaking and the mechanical side of things — the heating, electrical and cooling systems — have gone beyond their useful life.

“The double-glazing is starting to go and we had to replace the timber decking last year.

“The roof has two pitches, two boat shapes, and in between there is a flat roof that runs the entire length of the building. When it rains, the water is supposed to run inside the building through a drainage system but this can get blocked.

“Although we have tried hard to keep it clean, if we get incredibly heavy rain, the roof can fill like a bath and it comes in through the windows.

“The other problem is the mechanical and electrical side. The heating and cooling equipment are sited on a plinth on the roof and prevents proper repair of the roof as you can’t get underneath them. This also needs replacing.

“We also know from tests we have done that an insulation layer in the roof is wet so the roof is probably holding a lot of water. You see buckets around the place as water is dripping through.

“We have two maintenance guys who are constantly dealing with things that have broken and we have had to order bits on eBay because they are not made anymore.”

Mr Worthington, a graphic designer from Bourne End, said the pandemic had given the trustees an opportunity to assess the true extent of the museum’s finances and come up with a plan to stop the losses.

He said: “There is an assumption that if we are clever or work harder or do things differently it would all change.

“Everyone has a good idea as to how to solve it but none brings in sufficient income to make the difference that’s needed.

“Would moving the café closer to the river make a difference? It might increase some sales but then the balcony would be in the shade.”

In the last 18 months the museum has restructured its staff with a shift towards a volunteer model, helping to save £200,000 in salary costs.

Director Dr Sarah Posey left in March last year after more than two and a half years.

The trustees are now looking at the museum’s digital offering as a way of boosting interest and support.

They are also looking at consolidating all the galleries and the education offering in the main building and renting out the offices in the smaller building.

Mr Worthington, a former trustee of the London Transport Museum in Covent Garden, said: “If we had done nothing 18 months to two years ago the material shortfall would be £500,000, increasing by 10 per cent due to inflation this year.

“With the growth in the endowment remaining three or four per cent, we would have a shortfall of £200,000 to £300,000 and over the next three years we would be facing a shortfall nearing £1 million on top of needing to fix the roof.

“I am not an economist but if we kept going in this way, we would close in 20 years’ time.

“But we have to spend money on the roof and the mechanical and electrical improvements as if we did nothing it would accelerate that demise.

“We came up with the idea of the smaller building paying for the bigger one and began to see how we could make that work and whether it was sustainable.

“The smaller building is the former education building. It is a substantial piece of real estate and if we have some of it as offices, we could use it to help balance the books. Rental income could be about £200,000 but wouldn’t wipe out the deficit completely.

“However, combine that with our recent restructuring and we start to get much closer to being sustainable. If you have an organisation that broadly looks after itself, other people will do more to help.

“Looking at our digital offering opens up the museum to potential visitors who have never been here. If people can subscribe to the idea that it is a museum they would like to support and something they would like to learn more about, it would be a reasonably cost-effective way of getting support.

“By the time we get to October we will have done quite a bit of design work and costing, looking at things such as a new-look reception area.

“There is a bit of me that would like to see the Thames Room as a classroom and then users could see the evidence of children being there.

“In the main building we want to consolidate education and the galleries. We are going to be refreshing our offer and modernising our education provision. In my imagination, I can see an outdoor classroom.

“It is a bloody good museum and people who came here as kids are now bringing their own children and grandparents bring their grandchildren.”

Mr Worthington, who was elected chairman in 2017 and is now serving a second five-year-term, says the trustees may also look at rebranding the museum to broaden its appeal.

He said: “Despite the floods of three years ago and covid, the museum is still here and in reasonable shape and we have four fabulous curators, great front-of-house staff and more.

“We are very fortunate that the endowment is keeping us going and we want to spend it as wisely and creatively as possible.

“The name River & Rowing Museum is a bit formal and I don’t think it necessarily says that you’re going to find art or stuff about what we do. It’s the presentation to the outside world that doesn’t come across.

“We want this winter’s activities to be an essential springboard for the next 25 years and I feel very positive about the future. I think we are on the verge of something exciting.”