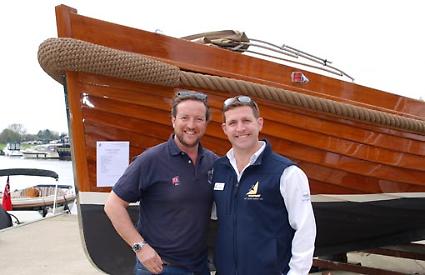 HUNDREDS of people attended the third annual Henley and Wargrave Boat Show in sunshine at the weekend.

The show took place at Val Wyatt Marine and Bushnells Boatyard in Wargrave on Saturday and Sunday with boats ranging from £200 day-sailors to larger cruisers on sale.

Hobbs of Henley offered boat trips between the venues and there were 25 stalls at the Val Wyatt marina, including Time for Tea and Boatique, from Henley, and A Stitch in Time and the Leather Surgeons, from Wargrave.

The show coincided with the opening of a new deli and cafe at Val Wyatt Marine, called the Local Larder.

Owner Alison Hussey, who founded Love Henley last year, said: “I was delighted to be invited to take part because obviously the river is such a major part of Henley and Wargrave life. Its a perfect opportunity to showcase other businesses.”

Ben Caddick, who runs Val Watt Marine with his wife Lisa, said: “Its great to see loads of people here. Its a lot better than last year when it was snowing.”

Jonathan Hobbs, managing director of Hobbs of Henley, said: “Its great to see the show growing with extra attractions, lots of stalls and to see the businesses continue to work together to promote boating in Henley and Wargrave.

Its great to be out here in the sunshine seeing everyone excited about the start of the boating season. Its also nice to see the river bank getting back to normal after all the flooding.” 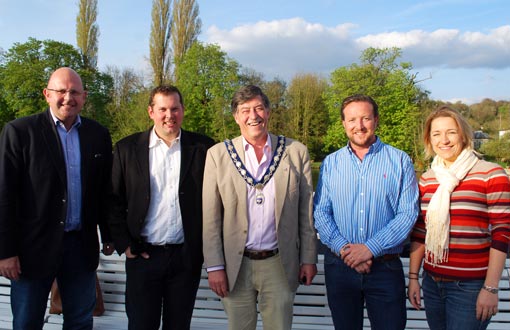