Gul remains unbeaten to earn Hurley share of the spoils 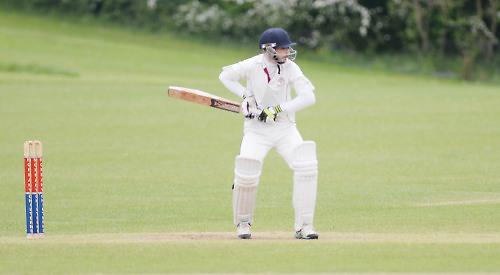 HURLEY were held to a draw in a friendly match at Shepherds Lane on Sunday against visitors BRAYWOOD.

Braywood opted to bat first on winning the toss and Imran made his intentions clear from the start with a flurry of boundaries. It was no surprise when a misjudged pull off Scott Taylor was launched into the stratosphere before landing in the keeper’s gloves.

Raza was the next to go, pulling Alex Williams to mid wicket where Yasir Gul held a simple chance. Taylor continued to bowl with pace and movement and was rewarded with the wicket of Shiney, edging to Mike Walton behind the stumps.

The runs continued to flow at a good rate but the fall of wickets was just as rapid with Cameron Wright picking up two on his seasonal debut, thanks to a catch by Matthew Williams and an in-swinging Yorker to knock back Afsar’s middle pole. Dave Walton had McDermott edging behind to reduce the visitors to 103-6. Rayan Waheed was fortunate to survive a stumping chance off Dave Walton before getting off the mark as the keeper missed the bails. Hassan Gul plied his leg spin to good effect and was rewarded with the wickets of Waheed and Mustapha, both stumped. A late flourish by Armand and Mo Waheed took Braywood to a declaration on 231-9 at tea with young opener Ishmael Afsar unbeaten on 56.

The Hurley reply started with Yasir Gul and Abdullah Ali who added 22 for the first wicket before both openers fell to Imran. Steve and Scott Taylor posted 49 for the third wicket before a late swinging delivery from Armand sent Taylor back to the pavilion.

Cameron Wright joined Scott Taylor and the young pair pushed on well with good stroke play. Wright eventually fell to Raza, who then bowled Matthew Williams with his next delivery. Hassan Gul survived the hat-trick and kept Taylor company until Taylor edged McDermott to the keeper.

The loss of Taylor ended any realistic hope of a Hurley victory so Gul and Mike Walton battened down the hatches. Braywood used 10 bowlers to try and break the partnership and managed to bowl 23 overs in the last hour. Rayan Waheed toiled away with his spin and was rewarded with the last ball of the match
when he had Walton stumped. Gul remained unbeaten for a hard fought eight runs as the match ended in a draw.