Ipsden nursery pupils look to the stars for nativity 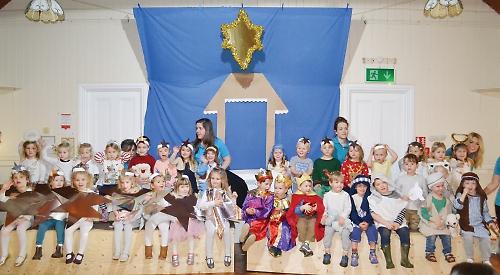 It tells the story of a big star trying to find its way to baby Jesus. All the other smaller stars help the big star to the stable, where he sees Mary, Joseph and the baby.

Some of the children were dressed as characters such as the wise men and others as stars. The show was watched on by scores of parents and grandparents during the performance on Friday.