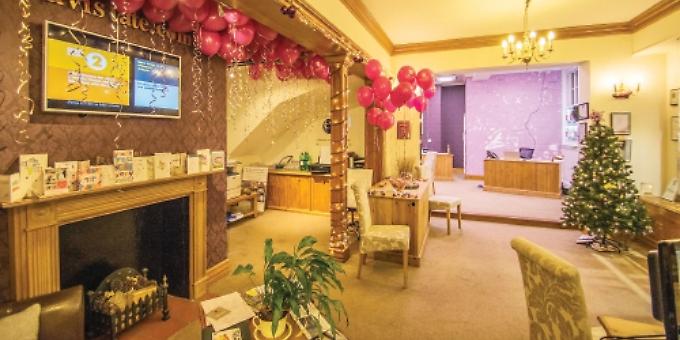 THE Goring office of Davis Tate held their annual Mince Pie and Prosecco evening for clients on Friday (December 1) in conjunction with the village’s Christmas event.

The images show the office set up and ready to go — and it became quite manic and busy during the evening with people popping in to say hello!

Children who had entered the Christmas colouring competition also brought in their entries, which will now be judged along with those from other Davis Tate offices.

James Elliott, the local director who heads up the office, said: “It was a super evening for all the staff and our clients who visited.

“The village comes alive on the evening and you can’t help but get caught up in the early festive spirit. We will soon be announcing the winning children’s colouring entries, so watch this space!”

Davis Tate Goring opened in January 1991 as the founding office for Davis Tate, which now includes a network of 13 high street offices throughout Berkshire and South Oxfordshire.

Cost to businesses of seating licences revamped by council