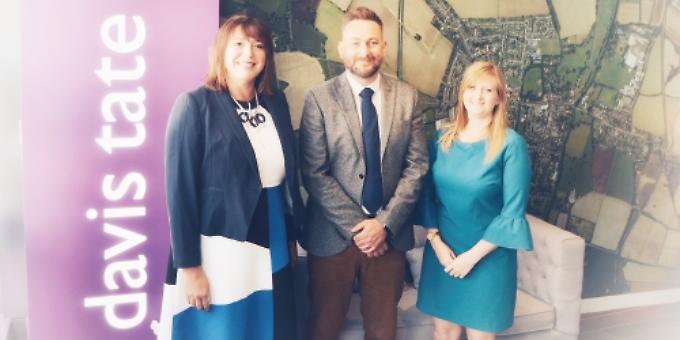 THE Wallingford office of Davis Tate opened in April 2015, adding a high street presence in the town for the company who had previously covered the area from the nearby Goring office.

Over the past three years, the team have continued to grow and are now headed up by Damian Fairclough as the branch manager.

Damian has a decade of experience in estate agency and managing a team in the industry. He has extensive knowledge in all aspects of the buying and selling process and enjoys going out of his way to ensure your move is handled with efficiency and honesty whilst providing direct support to all clients on a day to day basis.

Damian has lived in the West Oxfordshire area since 2006 with his wife and two young daughters and enjoys playing squash and cycling in his spare time.

Damian is ably supported by Cherry Burgess MNAEA, the senior negotiator in the office. Cherry has worked in the estate agency industry since 2007 and, having worked in both South Oxfordshire and West Berkshire, she offers a great deal of local knowledge.

Having bought and sold properties, she understands how stressful the process can be and has developed her business ethos by calmly assisting clients whether they are looking to buy, sell, rent or let. Cherry has a toddler and is the office’s self-titled “Crazy Cat Lady”.

Further members of the team include Charlotte Nicol as property manager, Deidre van der Waag as sales and lettings assistant, Kate Norris as lettings administrator, Simon Martindale as financial consultant and James Elliott MNAEA MARLA, who is the local director overseeing not only Wallingford but also the other northern branches within the Davis Tate network — Goring, Didcot, Abingdon and Wantage.

If you’re looking to move, the Wallingford team would be delighted to assist you. Call them today on (01491) 833323 or email wallingford@davistate.com