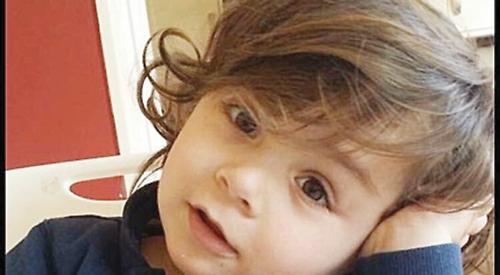 A WOMAN rode 750 miles and raised more than £12,000 to help pay for lifesaving treatment for a friend’s son.

The money is going towards the £250,000 needed to pay for treatment for three-year-old Reuben Virdee, who has neuroblastoma, a rare type of cancer that mostly affects children.

Mrs Kershaw knows Reuben’s parents Jessica and Kulwant, from Maidenhead, as she worked with his mother as teachers in the English department at Piggott School in Wargrave.

For parts of the ride, which included 40,000 ft of climbing, she was joined by husband David Kershaw and friend Daniel Bryan.

Along the way they were helped by about 50 friends and family as well as collecting more than £600 in donations on the way.

These were collected by the roadside support team, which included Mrs Kershaw’s step-father David Whalley, who drove the support van, her cousin Julie Liddle, friend Amanda Burton and motorbike outrider Neil Burton, who flanked the team on tricky roads.

Europcar donated the van used to support the riders.

Mrs Kershaw said: “The tough times were really tough and at the good times it was great. Some of the cycling was harder than I had imagined it would be. There were many long and steep hills.

“We were cycling more than 100 miles on some days and we were getting out at 6am and if we weren’t finished by 6pm, and there were still 20 miles to go, it felt really long.”

To prepare for the ride, which took place from May 27 to June 2, she was riding 200 miles a week and was helped with her preparation by Athlete Service, in Henley.

Mrs Kershaw said: “My bike was looked after by Athlete Service and I didn’t get a single puncture during training or the actual ride.

“It’s ridiculous because I did more than 2,000 miles and didn’t suffer a problem. I think they’re the best bike shop in the world!”

For the final part of her journey Mrs Kershaw was joined by her husband and their two children Lexi, six, and Ellie Skye, three.

Mrs Kershaw added: “When we got to the end Lexi, my eldest, was waiting for us on her bike and she led us in. It was really sweet. The children had collection buckets and were telling people about what we had done.”

Reuben was diagnosed in December and doctors found the cancer had spread from his abdomen to his bone marrow and bones. He spent his third birthday in hospital and has undergone MRI scans, bone marrow and tumour biopsies, a blood and platelet transfusion and four rounds of chemotherapy.

The Virdees, who also have a five-month-old son called Hari, have so far raised £140,000 towards the cost of the treatment available in America once Reuben is in remission.

Mrs Kershaw said: “I’m delighted I smashed my fund-raising target. I spent some time with Reuben just before I left and seeing the pain he is going through gave me absolute motivation.

“I saw how Jess was coping with him being unwell and how much he is hurting. I knew it was going to hurt but I’m not three years old and it was going to be over within a week.

“They’ve almost reached £150,000 and there are more big fund-raisers coming up – there is a huge ball being organised for early next year.

“The money is coming in and the awareness for Reuben and his condition is getting a wider audience.”