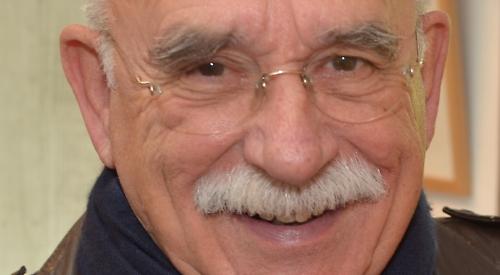 GALLOWSTREE Common has finally got a representative on Kidmore End Parish Council — and may soon have another.

Jim Ducker, 82, has been
co-opted on to the council, which previously only had members from Kidmore End and Tokers Green.

Mr Ducker, who worked in IT until he retired two decades ago, has lived in Gallowstree Common with his wife Ann since 1997.

Before that the couple lived in Henley for about 30 years and Mr Ducker was involved with the
community.

He said: “I was a governor at Gillotts School and The Henley College, albeit at different times.

“I was a reader for the Henley Talking Newspaper, founder of the Henley Film Society and a volunteer at Sonning Common library.”

He became interested in the parish council out of curiosity.

He has already taken part in all the council’s virtual meetings.

“I’m a beginner,” he said. “I’ve only started this month and I find Zoom very difficult. When you work with a new team of people that you don’t know, you want to establish a good working relationship and it’s very difficult to do that over the web.”

Mr Ducker said there was a number of issues in Gallowstree Common that he wished to address.

“For example, the traffic in our village is bad as there is a busy road that runs through Gallowstree Common and there have been a lot of complaints about it,” he said.

He is also eager to get involved in the development of the South Oxfordshire local plan and opposing the proposed third Thames bridge in Reading.

Mr Ducker said: “If there was such a bridge it would bring enormous amounts of traffic into the parish and we don’t have the road systems to facilitate that.”

He also wants the Reformation pub in his village, which is currently closed, listed as an asset of community value.

Mr Ducker said his wife was happy he had joined the council. “I talk to her about it and she thinks it’s a wonderful contribution to the community,” he said. “It also keeps the brain active.”

Mrs Ducker used to work at Henley Grammar School and now likes to spend her time gardening and playing tennis.

The couple have three children and eight grandchildren.

Mr Ducker said: “Our eldest son lives in America, our daughter lives in Guildford and our youngest son lives in London. We were planning to see our grandchildren recently but one lives in Manchester and she works for the NHS so it’s too risky. It has been hard.

“That’s true for Gallowstree Common as a community as well because now that the days are shorter, the opportunity for socialising are limited.

“It’s too dark and cold and it’s going to be a very hard winter.”

Fellow villager Adrian Whyles has offered to join the council and is expected to be co-opted within the next few weeks.