How television subtitles can help children to read 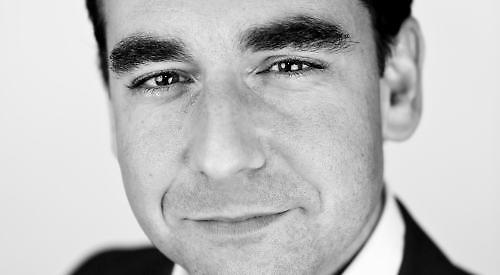 AN entrepreneur from Kidmore End has come up with a scheme to offset the impact of the coronavirus pandemic on children’s literacy skills.

Oli Barrett has found that turning on the subtitles during a television programme can double a child’s chances of becoming a proficient reader.

He says the average child watches 11.8 hours of TV a week, meaning that by turning on the subtitles a child would read the equivalent of all the Harry Potter, Earthsea, His Dark Materials, The Chronicles of Narnia and The Lord of the Rings series of books in a year.

He has co-founded Turn on the Subtitles (TOTS) with his friend Henry Warren to encourage national broadcasters, schools and parents to support children’s literacy skills.

Mr Barrett, 42, who has two children, said he came up with the idea for TOTS after reading a literacy study on the benefits of subtitles about six years ago.

He said: “I read a very short piece talking about a trial which showed that a group of children using subtitles were more proficient readers and that led me to do some more research.

“I shared the facts around and started telling people about it. I read more and more and thought, ‘You know what — this idea is so powerful it can’t just finish with me telling my friends about it’.”

One of the people he told about the research was Mr Warren, with whom he has been friends for 10 years after meeting on a scheme called Tenner, the UK’s largest schools enterprise challenge, which Mr Barrett also co-founded.

Mr Warren, a technology entrepreneur from Bishop’s Stortford, agreed to co-found TOTS as he has three young children himself and the idea resonated with him.

He said: “Lockdown meant that, despite my best efforts, the children were watching way more television than they should.

“TOTS is one of those ‘no-brainer’ ideas that can really help us as parents. It’s a bit like sneaking vegetables into dinner — the children don’t notice but you know you’re doing them the world of good.”

The men started planning the campaign in 2019 and since then Sky, WarnerMedia and ViacomCBS Networks have partnered up and have turned on the subtitles on more than 500 of their most popular episodes of children’s programmes.

Mr Barrett, who used to work in children’s television, said: “Three of the world’s biggest companies are encouraging this — they’ve really got behind it. That’s hugely exciting.” Netflix and Amazon Prime have been encouraged to run pilots where shows automatically have subtitles on and YouTube Kids has launched several literacy channels.

Mr Barrett said: “If creators don’t put subtitles on automatically it’s difficult to turn them on so YouTube is also encouraging their creators to do their own.”

The businessman, who lives with his wife Verity, 42, also an entrepreneur, and two young daughters, received help with the research by approaching the National Literacy Trust, a charity dedicated to helping disadvantaged children with literacy skills.

He said: “I am a big believer in what schools, parents and big companies can do to make a difference.

“Brilliant companies and campaigns are already encouraging people to read books and I’ve seen so many different investments support young people to do that but this campaign seemed like a blindingly obvious way to fill the gap.

A study by GCSEPod and Nesta, an innovation agency, took place during last winter which involved 225,000 children watching videos with the subtitles on and the same number with no subtitles.

Only one in every 100 children with subtitles on chose to turn them off meaning but 98.1 per cent of those without subtitles kept them off.

Mr Barrett said: “The lesson from that research is that the default subtitles really matter. There’s a school of thought that says, ‘Couldn’t children just turn them on themselves if they want?’ but research shows they don’t do that, which is why this small change matters.”

As well as getting broadcasters involved, Mr Barrett asked celebrities to help spread the word.

Stephen Fry, the actor and broadcaster, said: “Top scientists have proved that turning on subtitles of TV programmes can double the chances of a child becoming good at reading.”

Lenny Henry, the comedian and actor, said: “Just turn on the subtitles — extraordinary. Research has shown they can double the chances of a child becoming good at reading.”

In December Prime Minister Boris Johnson made a statement in the Commons calling the campaign “excellent”.

Mr Barrett, who received an MBE in 2013 for services to business and entrepreneurship, said: “It’s great that we’ve had the Prime Minister showing support but the critical bit is spreading the word to parents and teachers.

“We wrote to Stephen Fry before the first lockdown and we were so grateful to him for his support.

“He was the host of QI and the voice of Harry Potter books and I like to think that it’s magical and people don’t know the secret.

“In terms of the other celebrities, I think something about the simplicity of the campaign and how it benefits young people encouraged them to get involved.”

Mr Barrett, who attended Bradfield College and then Leeds University, said the big change was using the power of broadcasters and tech companies.

He said: “The default setting for subtitles is that they are off so we started by speaking to people at the BBC, Disney, Amazon, Channel 4 to raise awareness — it has been a very busy couple of years.

“We want to encourage the BBC and Netflix to think about their default settings.”

Mr Barrett has the subtitles on in his own home to help his daughters as well as helping him and his wife if they mishear part of a show.

He said: “I’m really proud that my eldest daughter loves reading but she does have the subtitles on when she watches cartoons and she complains if anyone tries to turn them off. She enjoys her reading and I’d like to think that the subtitles helped with that.

“I don’t think screen time should replace reading and I think it’s important for parents to still read to their children.

“Verity and I have subtitles on for ourselves as we don’t want to miss things and whether it’s because of our hearing or the way the show is produced the subtitles help. It benefits the hard of hearing as well as those who live in busy and loud households. This is a chance to turn the subtitles on by default.”

Though the campaign has already achieved a lot in three years, there is no slowing down for TOTS.

Mr Barrett said: “We want to continue to spread the word and hope that parents will want to support the campaign.”

He began working in children’s television with the launch of Bob the Builder. He then created Tenner, the UK’s largest schools enterprise challenge, in which pupils start with £10 and are tasked with making money. More 250,000 have succeeded.

Mr Barrett also co-founded a number of other organisations including Volunteer It Yourself, a social venture supported by Wickes, which has helped thousands of young people to fix their own youth clubs; Rainmakers, an innovation and incubation company; and StartUp Britain, which was funded by the private sector and led to the creation of PitchUp Britain, with John Lewis and Sainsbury’s, and PopUp Britain, with the opening of shops around the UK.

He also co-created and led 11 international trade missions, including WebMission and the Clean and Cool Mission to help companies succeed overseas.

He is now a regular conference and awards host for events across education, technology and entrepreneurship as well as being on the advisory boards of Tech London Advocates, One Million Mentors and Troubadour Theatres.