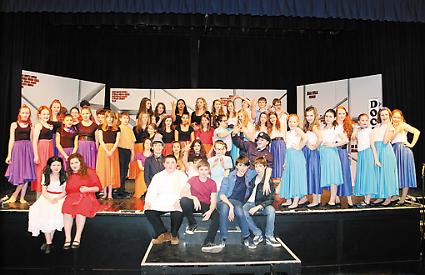 A SCHOOL’S production of West Side Story has been hailed a success after a three-night run that sold out.

More than 60 students at Langtree School in Woodcote were involved in the musical, which was produced by Gill Pimm, head of drama, and Maureen Idowu, director of music. Deirdre Bryson and Charlotte Fosker were responsible for the choreography.

The cast were given a standing ovation at the end of the run.

The lead actors performed all the songs from the original show and the music was played live by an orchestra made up of Langtree students and staff. Other pupils contributed to the stage management and technical teams, which ensured each night ran smoothly.

Headteacher Rick Holroyd said: “Performing arts productions at Langtree have gone from strength to strength in recent years and every year we seem to raise the bar.