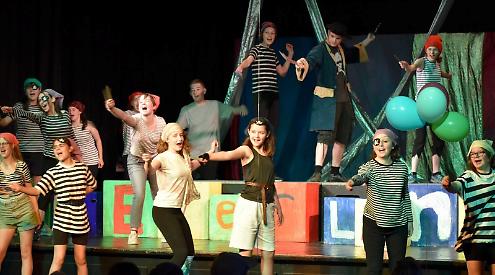 A total of 120 pupils aged 11 to 15 was involved in the production, including 55 in the cast as well as a student technical team and a live band.

The show, which ran for three nights, focused on spending less time on our screens and more time playing and laughing with each other.

It was spread across two stages and included audience participation, a full-sized boat and original music created by the students and head of music Stephen Henderson.

Gill Pimm, head of drama, said: “I am incredibly proud of what our students achieved in just seven weeks of rehearsal.

“It has been a privilege to work with such a talented, creative and hard-working group of young people.

“Seeing the way our audiences, old and young, responded to the production was a real thrill for us all.”