Let's Get Down to Business: David Haimes 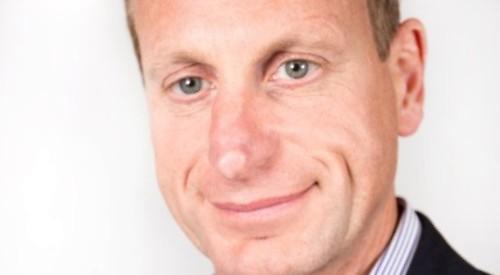 DAVID HAIMES is the proprietor of the Henley Coaching Partnership (business and executive coaching), based in Bell Street. He was brought up on a farm near Stratford-upon-Avon. He went to Coventry University, where he graduated with a degree in mechanical engineering. Later he obtained a master’s degree in business administration at the Henley Management
College. He wrote Smash It about improving performance. His wife Annie, who also grew up in Stratford-upon-Avon, runs Anne Haimes Interiors, also in Bell Street. The couple moved to Henley 25 years ago and have four grown-up children. David is a keen mountain biker and he and his wife like travelling.

It is a coaching practice helping owners to create successful businesses capable of eventually either being sold or developing passive income for their founders.

As well as me, there are two other full-time coaches, two associates and a part-time personal assistant.

After graduating, I worked in Coventry for Land Rover and Range Rover. I then worked for Shell in London, Cambridge and then Madrid, where Annie and I lived for several years. When we returned to the UK I worked in PepsiCo’s restaurant division, becoming European development manager of their Pizza Hut and Kentucky Fried Chicken chains. Then I was hired by two of the founders of Pret a Manger to accelerate the expansion of a new Japanese-style restaurant chain, Itsu.

I took some time off to help my daughter set up her own restaurant business and other business owners began asking me if I could help them too. This started to evolve and I began what I do now about six years ago.

I love helping people to develop their businesses.

Initially, my clients were mainly in London so I did a lot of commuting, which I didn’t enjoy. I envied my wife with her business in Henley, so I started to build my practice here.

Yes, I pay to have my own coach. I’m a business owner myself and I believe all business owners would benefit from being coached regularly.

Loads of things but I don’t dwell on what I could have done. I much prefer to think forwards, not backwards.

It is growing quite strongly.

1. Networking, building relationships and integrating into the business community. 2. Seminars, a “growth club”, which we hold quarterly and invite clients to. 3. Referrals, which provide a significant amount of new clients.

Freedom. To know that I can get up every morning and help make a difference.

Our mission is to help as many businesses as we can. I believe that if every business owner had a capable coach our economy would grow massively. I’m appalled at the failure rate of so many new business ventures — 80 per cent fail in the first five years. Many could have thrived with the right support and training.

We don’t sell online but we recently started holding webinars.

Yes, but we mainly do plans every 90 days with three objectives to achieve every quarter.

Do you set goals?

Yes, four times a year. Goal-setting is a quarterly activity in high-growth businesses.

How much more there is to learn! I go to conferences two days a month.

Maybe learn how to run one first. Learning by trial and error is risky and can be very expensive.

Ambition (it’s all down to you), having the right mindset and the willingness to work hard.

My dad always liked the saying “where there’s a will there’s a way”. I believe that if you want something badly enough, nothing will stop you.

Probably being too arrogant when I was young.

Not as much as I should be but thankfully I have a great PA.

Smart casual. The way you dress says something about you. Being authentic and being who you are.

My family. Although none of our children now lives at home, we seem to have them around the house a lot, which I love.

Mainly at my desk.

Yes, more than ever.

I don’t think I even recognise the concept!