Let's Get Down to Business: Matt Stone, Gorvett & Stone Chocolatiers 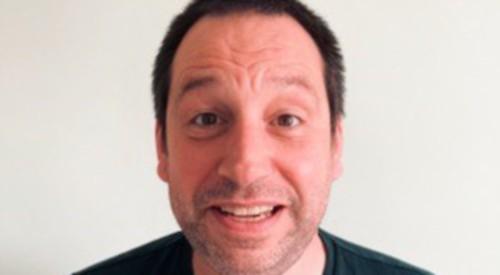 MATT STONE and his wife Elinor Gorvett are the co-founders of chocolatiers Gorvett & Stone in Duke Street, Henley. Matt was born in Newbury but his family moved to Wokingham while he was quite young. He later earned a degree in Economics at Leicester University. In 1997 he joined Laithwaites Wines, which is where he met Elinor. The couple live in Caversham with their cat, Lucille Bluth.

We provide artisan handmade chocolates for all occasions, which we make on the premises. In addition to our retail customers, we supply other retailers, restaurants and hotels, including Fortnum & Mason.

We have six full-time employees and several students who work for us in the busy times of the year, such as Easter and Christmas.

After graduating, I worked in the wine trade for Laithwaites and then for Safeway’s wine department in Hayes. After two years we took some time out to think about what we might do next. We spent several months in South America and south-east Asia where we observed that chocolate was regarded as a commodity on a par with wine, which wasn’t yet the case in the UK. Elinor then enrolled on a short chocolate-making course in Manchester, so the idea was born.

We took over our original shop, also in Duke Street, in February 2004. It was a rush to get ourselves organised as Easter was approaching. We opened on April 1 with just eight days to spare.

Both of us were a bit frustrated working in the corporate world. Elinor was totally involved in the business for several years but more recently has taken on a marketing role with a large electronics company. She continues to take a keen interest and is still a director and owner of the business.

Laithwaites was, and still is, a family business and my dad also ran his own steel stockholding business in Thatcham, so I think both had an influence on me.

So many things, but nothing massive. In the early days we made lots of incorrect decisions.

What impact has the coronavirus pandemic had?

It was three weeks before Easter when lockdown began. Fortunately, we were still able to work in our kitchen and supply our online customers. Fortnum & Mason opened its grocery department at the end of May, which was good news. So while we furloughed some staff we did keep the kitchen going.

Before the pandemic we were forecasting a 15 per cent increase in sales this year. Now we are hoping that we still may see a small growth over last year.

Do you compare on a regular basis?

Our business is seasonal and weather dependant so it’s sometimes difficult to make comparisons but I do have an instinctive feel for how we are doing.

We use social media and have a good website. We attend food shows and prior to Christmas and Easter we advertise in the Henley Standard.

Satisfaction that comes from it being down to us and the feeling of immediacy.

Dealing with the unexpected and things we could never have planned for.

Until this crisis is over, we just want to survive. Then we plan to continue to build our online sales.

Making mistakes isn’t a problem, it’s how you deal with them. Also to under-promise and over-deliver.

Be realistic and think carefully about what you may be giving up, especially if you are in a good job.

What three qualities are important to success?

Determination, dependability and doing whatever you promise. Being able to learn from your mistakes.

Initially, we spent too much on a website with very little return.

I hope that when the time comes we could either sell the business or step back a bit but keep an eye on it.

Normally at my desk.

Books that make me think and are full of interesting data and facts.