Yet another inconsiderate 4x4 driver 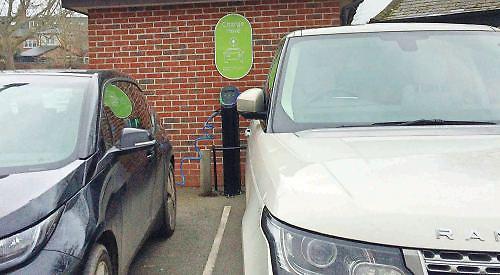 Sir, —What is it about 4x4 drivers and their attraction to the electric car charging bays by the toilets in King’s Road car park in Henley?

They don’t park in any other unauthorised places in Henley, do they?

This one’s number plate suggested that he (it probably is a “he”) might have received an honour from the Queen.

Do you think I should have a word with Her? If She said “yes”, would you be willing to publish the registration numbers of such social offenders? — Yours faithfully,