Happy birthday to the dutiful Vera 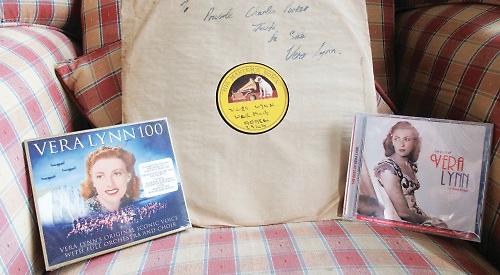 Sir, — From Saturday’s BBC programme about Vera Lynn and newspaper reports of her insistence on visiting the troops in Burma, the aspect that comes over so strongly is a simple devotion to what she saw as her duty.

Quite amazingly, she was performing almost within sight of a very fluid front line.

As commanding officer of RAF Ranchi, near Calcutta, my late father would have been aware of Vera’s travel arrangements and probably all too cogniscent of the loss of Major General Orde Wingate the previous month, perhaps due to someone’s miscalculation about flying during the raging monsoon referred to in the BBC programme.

At the end of her 1944 Burma trip Vera presented a signed 78rpm record to her British army driver. My photograph shows it alongside Vera’s very latest album just issued to mark her milestone 100th birthday. — Yours faithfully,