What a way to start working week 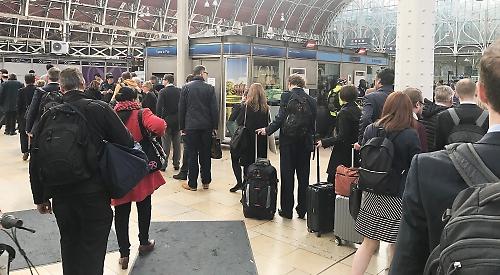 Sir, — I took this photo while queuing for 15 minutes to buy a ticket at Paddington station on Monday morning. (I was in the middle of the queue at this stage.)

The one ticket seller on the 7.49am train from Wargrave was overwhelmed and there was just one “fares to pay” window at Paddington so we were presented with this at the start of the working week. First Great Western’s Twitter people suggested I could buy online and get the ticket posted to me — it’s 2017, not 1987! — Yours faithfully,