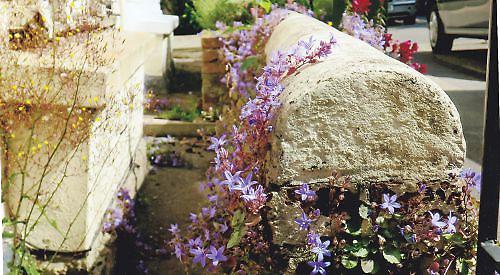 R.E. Cooke of Northfield End, Henley, sent in this picture and says: "This is my self-grown front garden which incorporates that of a well-tended brick built planter belonging to my next door neighbour. Although it is mainly sprouting lavender at the moment, it has had snapdragons growing there for some years.

The photo shows how these have spread to give a colourful display along with all the other wildflowers or some might say weeds - remember all flowers were once wild, it us who have developed then through the centuries so it is now possible to produce them by the thousands, if not millions, and clone them into a huge variety of shapes, colours and variations.

Did I say 'snapdragons'? Well, that is what most people would call antirrhinums. Children love them as they can make a glove puppet when the flowers are stuck on the ends of their fingers and so do bumblebees, which are one of the few insects with no fear of crawling inside to get at the nectar which is there in abundance."