Best for future of playing fields 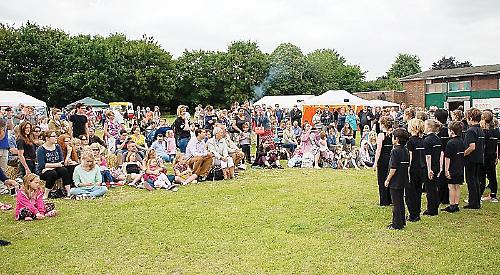 Sir, — More than 350 residents have so far objected, via Reading Borough Council’s website, to the proposal to build the Heights Primary School on Mapledurham playing fields in Caversham.

This is a community project, backed by investment and loans, pledged to the refurbishment of the pavilion and significant improvements to the playing fields.

The recreation ground was donated in 1938 by Charles Hewett and put in trust solely for recreation and leisure to benefit users of all ages from across Reading and Mapledurham parish.

The school proposal only meets the needs of a small community of primary school children, parents and teachers.

The issue here is not against a school but about preventing building on land which will be to the detriment of its users.

The playing fields are well used all-year round by clubs, families, dog walkers and people engaging in sport and recreation.

Caversham Trents FC, for example, have grown membership from 100 to 450 in eight years and want to make the playing fields their home ground but have been blocked by the council, which has refused them a 25-year lease.

Mapledurham Lawn Tennis Club was given Lottery funding to improve its veranda but now risks losing everything if the pavilion remains closed.

Fit4All will reinstate clubs who suffered when the council closed the pavilion 18 months ago, causing some clubs such as the Escape Toddler group to struggle to survive.

Fit4All will work with Warren & District Residents’ Association whose volunteers raised more than £75,000 to refurbish the pavilion but had their plans halted by the council because of the school plan.

The playing fields once had a thriving cricket club and a caretaker who promoted the pavilion to make sure it was fully booked but that changed in 1979 when the council became the trustee and consistently failed to invest or properly maintain the site. Fit4All will enhance and further the object of the trust to help the council avoid being in breach of its duty as trustee by ensuring that no land is lost and the playing fields are used solely for recreation and leisure.

Building a school would be a breach of trust, which has led to objections from Sport England, Fields in Trust, the Campaign for the Protection of Rural England and even the council’s own parks and leisure department.

No compensatory land has been promised for the land lost, including the loss of football pitches, and there is no guarantee that further development will not follow.

The Education Funding Agency’s offer of £1.36million compensation for the loss of land will be spent supporting and maintaining priorities for the school.

This is such a bad deal that the need to sell further land to raise more money will be almost immediate.

The school threatens to have a detrimental effect on the local area and will change the character and appearance of the environment forever.

This land is on the extremity of the school catchment area, so would lead to massive traffic problems twice daily.

With a little compromise by the council and parents, the school could be built on council-owned land in the centre catchment area that is not protected by a trust.

If this happened, school construction could be under way and the community pulling together instead of being divided.

Residents have less than 30 days to save Mapledurham playing fields so, if they care about public green open space and want to protect the playing fields, they should say “No” to the Educatrion Funding Agency’s proposal and “Yes” to the Fit4All proposal online at https://consult.reading.gov.uk/css/
mapledurham-playing-fields-consultation-2 — Yours faithfully,