Another kind of moth but still scary 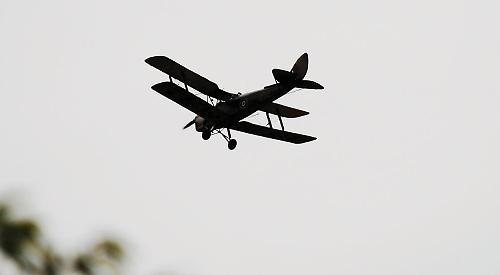 Sir, — In the letters pages of a recent edition, you kindly included a photograph of a yellow tail moth, which I thought looked rather scary.

I therefore trust that readers will not find the attached photograph is in the same vein as it is of a tiger moth.

However, in this case it is the one constructed by De Havilland and was being put through its paces in aerial acrobatics courtesy of RAF Benson at the weekend.

It is possible, of course, that the thought of being in the co-pilot’s seat could be rather disquieting to some readers. — Yours faithfully,