I photographed actor not knowing 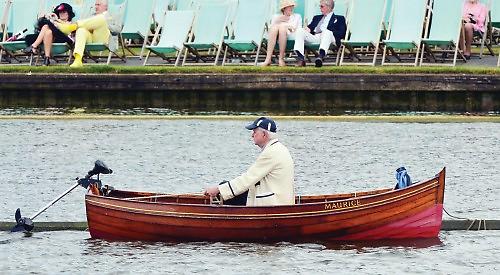 Sir, — I was saddened to hear of the death of Rodney Bewes, who I remember so well from The Likely Lads.

I was taking photographs at Henley Royal Regatta last year when I noticed an elderly gentleman clad in cream blazer and blue and white rowing cap in a dinghy called Maurice tied to the boom not far from the finishing line.

As a former rower, I recognised the cap and blazer colours as being those of London Rowing Club. He was clearly enjoying watching the rowing from the middle of the river. It was a picture too good to miss.

It is only now, having read his obituary in last week’s Henley Standard, that I realise that the unknown gentleman — the subject of my favourite photo of the day — was Rodney Bewes. — Yours faithfully,