Please fix holes in our street 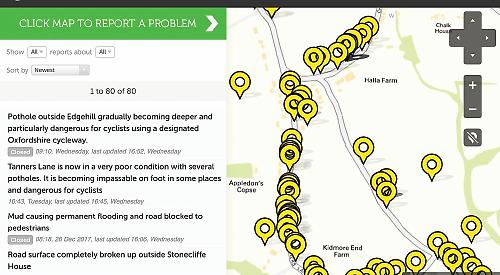 Sir, — A picture tells a thousand words. This image of the fixmystreet website shows the location of potholes in Chalkhouse Green.

The state of repair of Tanners Lane, which suffers severe flooding due to lack of maintenance of the drains, is causing neighbours to band together to approach Oxfordshire County Council to try to get a proper solution to the problem rather than pothole repairs that last less than two months.

We have considered calling ourselves an AONP — an Area of Outstanding Nasty Potholes! — Yours faithfully,