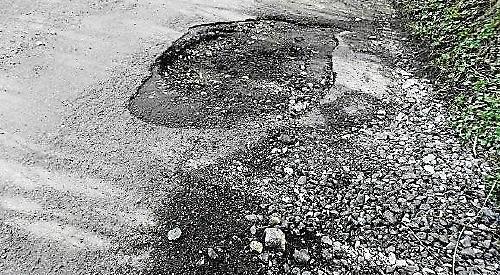 Sir, — I write regarding Henley and Harpsden parishes uniting for yet another neighbourhood plan (Henley Standard, April 6).

I believed the idea of a neighbourhood plan, supported by our MP John Howell, was to appreciate the views and will of the people in planning arrangements for their area — democracy at its best.

The villagers of Harpsden have not been asked whether they wish to continue in yet another version of the neighbourhood plan unless Harpsden Parish Council intends and is able to discuss this option at the annual parish meeting this month.

Harpsden parish has received all the major developments to date yet the original core strategy drawn up by South Oxfordshire District Council stated small villages were not to be overdeveloped. The major developer in the area, Crest Nicholson, has made no attempt to resolve the massive impact of traffic on the village of Harpsden.

Traffic-calming measures for Harpsden should have been approved in the neighbourhood plan before it went to a referendum but one can only assume no one cared.

The agricultural roads of Harpsden are falling apart already, not just with dangerous potholes but massive damage to the entire surface so even manhole covers stick up. Crest Nicholson has fulfilled its obligations by arranging to build a community centre at its Highlands Farm development to improve, I assume, its impact on the environment but will provide no traffic improvements for Harpsden.

In the referendum the villagers of Harpsden had no say, being only 600 persons, and now Henley Town Council wants to try to reduce our boundaries so we lose more votes.

What does the future hold for Harpsden, which is still a small village or the poor area of Henley, with all its tradition and history lost?

I am sure most of the population of Henley is not aware or even interested in all the housing developments surrounding them and the impact it is having on people’s lives. — Yours faithfully,