Lorry shouldn’t be on this road 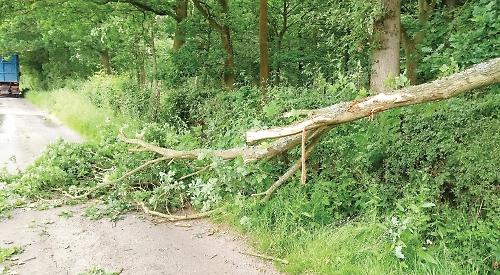 The lorry broke off large tree branches at several places along the road, just missing cars. Then it came to a standstill after becoming stuck.

After an hour the road was cleared by local people. The lorry driver said he was following the diversion routes due to the roadworks at Shiplake while a water main was repaired.

For four weeks the residents of Gravel Road have complained about the diversions sending drivers down inappropriate routes.

Gravel Road is a residential single lane road with children walking along it to catch school buses. Many times children and walkers have had to jump out of the way of speeding cars.

Now a lorry not suitable for the road has damaged trees and hedgerows, nearly missing parked cars. — Yours faithfully,