Swan Support came to the rescue 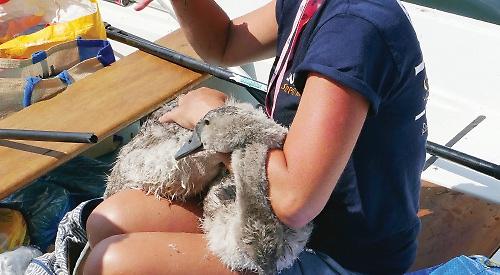 Sir, — We were watching Henley Royal Regatta from the boat tents on finals day when this Swan Support boat came in with two bedraggled cygnets.

Apparently they had got separated from their family and swept over the weir at Marsh Lock.

When they tried to join another family of swans downstream the male attacked and tried to drown them.

The volunteers collected them, wrapped them in foil to conserve body heat and took them away to recover.

I rang a few days later and understand they were well enough to be released back to their own family so a happy ending after all thanks to Swan Support. — Yours faithfully,