Respect? Cyclist threw water at my car for tooting him 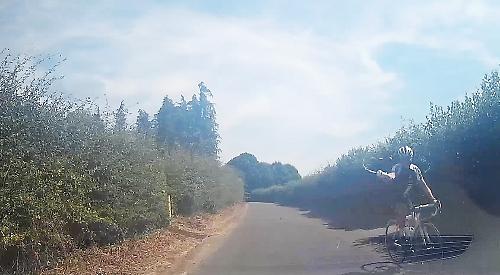 Sir, — This year there has been a rapid growth in the number of cyclists of all ages.

Cycling is much better for both your health and the environment than driving.

Respectively, it can be a bit of a pain for drivers but that is something we deal with.

However, we have experienced a large number of more abusive cyclists, taking up the road four abreast.

While driving into Henley on one recent Saturday morning, I came across a cyclist riding on the wrong side of the road, nearly causing a serious accident. After I sounded my car horn, he threw his bottle of water at the car in anger.

Where has the mutual respect of this town gone? It is such a shame when something like this happens. — Yours faithfully,