Fly-tipper who should be ashamed 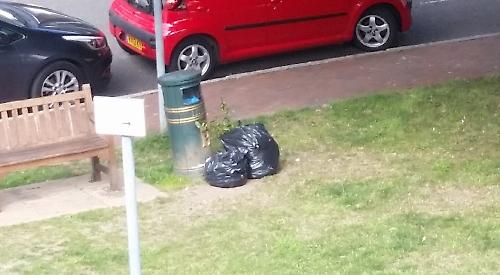 I have just witnessed an older blonde lady with a small dog fly-tip two black bags of her garden rubbish next to the litter bin in Station Park.

I called out to her that her fly-tipping actions were illegal but she ran off quickly in the direction of Queen Street. Unfortunately, I did not have my phone to hand to get a picture of her. However, CCTV from several buildings overlook the bin.

Grateful thanks to Alan Webb and Henley Town Council’s parks team who very kindly removed this deliberate
de-spoiling of Station Park by an ignorant local resident who should be thoroughly ashamed of her disgusting and illegal actions. — Yours faithfully,