Small view of Henley at Windsor 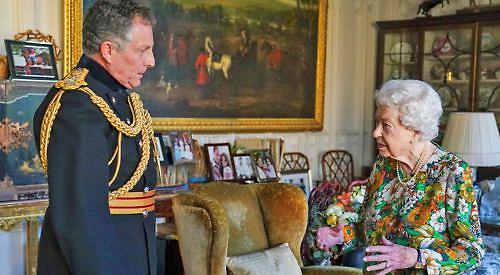 Sir, — When the Queen was filmed meeting General Sir Nick Carter, the outgoing chief of defence staff, in the Oak Room at Windsor Castle in her first engagement since missing the Remembrance Sunday service at the Cenotaph, I noticed that the painting behind them looks like the one she loaned to the River & Rowing Museum in Henley when it opened.

It is of Prince Frederick hunting at Park Place with Henley and the River Thames in the background. Although it is not visible in this photograph, Henley is in the bottom right of the picture with a recognisable view of St Mary’s.

The artist John Wootton must have come to the site and made a rough sketch of the houses that were round it. In his studio, he painted them like an Italian village. — Yours faithfully,