Oh, what a knight... pupils excel at summer production 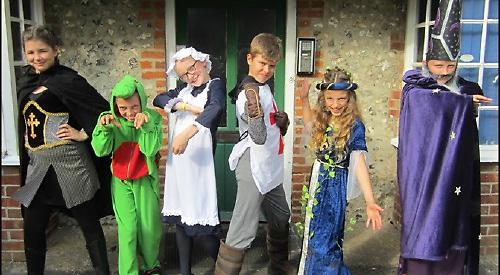 CHILDREN at Lewknor Primary School staged a comedy show called What A Knight!

The production at St Margaret’s Church, next door to the school, featured key stage two pupils.

The audience comprised parents, chairman of governors David Pickard and the Rev Peter Waterson and his wife June, who were special guests.

Then Camelot Castle collapses into chaos as Merlin loses Excalibur, King Arthur’s daughters are kidnapped and his brave knights have turned into chickens. Watt and his new friends Dusty Dragon and Princess Alice set off on a quest to defeat the evil Black Knight.

Headteacher Deborah Cole said: “The acting was sensational, the singing was spectacular and the comic timing was perfect. Every single child performed with confidence and to the best of their ability.”

She thanked teachers Georgina Lawes and Kirsty Wakefield who put the show together.

Other teachers and parents helped with the lighting, sound, props and scenery.