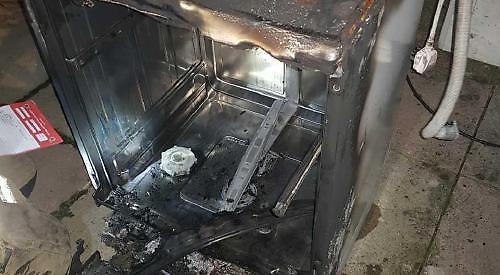 A KITCHEN of a house in Lewknor was smoke damaged after a fire in the dishwasher.

The female householder dialled 999 after her smoke alarm sounded at about 10.30pm on Wednesday last week.

The fire service praised the woman for shutting the kitchen door before she left the house, which confined the damage to the room.

Incident commander David King said: “This has highlighted the importance of having a working smoke alarm in a property and the fire service mantra of ‘get out, stay out, call us out’.”

The cause of the fire is thought to have been an electrical fault in the machine.