Now 'Profumo' estate is getting in on the literary act 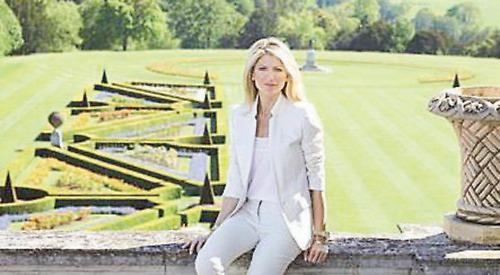 THE Buckinghamshire estate where John Profumo met Christine Keeler is hosting its first ever literary festival next month.

Robert Harris, Tina Brown, Ian McEwan, Antonia Fraser, Sebastian Faulks, Amanda Foreman and Michael Gove are among the stars of literature, politics and history who will be appearing at the Cliveden Literary Festival over the weekend of October 14 and 15.

The festival is being chaired by Natalie Livingstone, the author of The Mistresses of Cliveden, who said: “While researching my book I discovered that Cliveden has always been a magnet for truly great writers — from Jonathan Swift to Tennyson, JM Barrie to HG Wells and George Bernard Shaw to Rudyard Kipling.

“The Cliveden Literary Festival will revive this tradition by gathering an impressive array of authors of today in a place that resonates with history and literature. Anyone who has been to Cliveden will know that it is one of the most intoxicating places to be and I’m thrilled to welcome readers here for our first ever literary festival.

“We are all set for a weekend of literary treats, fierce debates and sparkling discussion that will revive Cliveden’s reputation as a political literary salon.”

Built in 1666 by the second Duke of Buckingham and long regarded as one of England’s most glamorous stately homes, Cliveden has hosted every monarch from Charles II to our present Queen.

Set in the stately rooms of the Grade I-listed house and its National Trust gardens, the festival will celebrate Cliveden’s rich literary heritage and extraordinary history of politics and intrigue.

Themes span high politics and low scandal, Russia since the revolution, Zionism, women in power, how to put history on screen, and art and exhibitionism. Among the expected highlights of the programme are:

For more information, including the full programme of events, visit www.clivedenliteraryfestival.org