Corbyn may have peaked 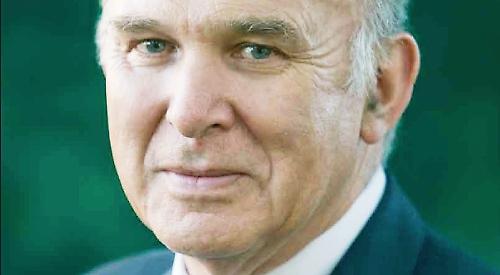 IT was my first Henley Literary Festival event, at Phyllis Court Club, where Sir Vince Cable, the leader of the Liberal Democrats, was talking to a packed room about his debut novel, Open Arms.

Superbly compered by the former news editor of the Observer, Chris Boffey, after a brief introduction to the book he was there to promote — a story set in Westminster and Mumbai with the strapline “to expose a conspiracy, one woman must risk everything” — the conversation quickly moved on to the politics of the day.

It was interesting to gain real insight from someone in active politics and, at 74 years old, Cable has incredible vitality and a sense of duty to change things for future generations with his party’s policies and beliefs.

Cable wrote the book during a rare period of downtime in his life, and it centres on a female conservative MP who, exposed by an affair, becomes embroiled in an international conspiracy that races from London to India and draws on Cable’s own knowledge of the weapons trade, which he encountered during his time in the Conservative-Liberal Democrat coalition, where he also served as secretary of state for business, innovation and skills.

Cable was thoroughly engaging and open to questions from the floor, and in one reply he explained how sometimes he’d found the smallest things he’d achieved had turned out to have the “the biggest ripples” — such as barring the sale of chemicals from the UK used in the US for death row executions, thus virtually ending corporal punishment there and reigniting the debate around the subject.

Of the current political tangle, he said erstwhile Henley MP Boris Johnson had most certainly “behaved very badly” and that Labour under Corbyn in his view have “positioned themselves all wrong” and that we may have “passed peak Corbyn” due to the large divisions in his party. Interesting stuff.

This was an extremely engaging hour of fascinating chat with one of the nicest men in politics and I hope to return to the brilliantly organised Henley Literary Festival next year.