Spy was a sharp operator 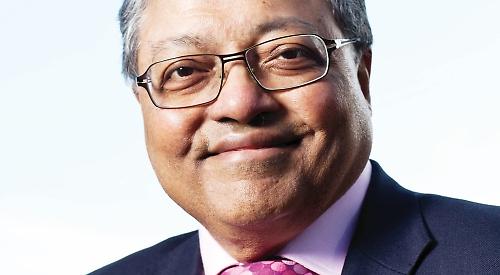 ALTHOUGH I had heard of Mihir Bose, it wasn’t my choice to go and see him! My husband, who enjoys cricket, wanted to go, so we booked the tickets in anticipation.

In my naivety I had assumed the talk would contain many cricketing/sporting anecdotes. But I was wrong!

The audience was fairly even split between the sexes but veering towards the more mature end of the scale, which was hardly surprising as it was 10.30am on a Monday morning. However, the event was full to bursting, totally sold out.

Mark Palmer, travel editor of the Daily Mail, was the interviewer and had known Mihir for a while — there was a good rapport between them.

Mihir Bose was born in Calcutta, just seven months before partition in 1947 and has lead an interesting life.

He grew up in Mumbai (previously known as Bombay) and came to the UK in 1969. He went to Loughborough University to study engineering, after which he switched to accountancy, finally qualifying as a chartered accountant in 1974.

Then, after about four years, he gave up accountancy to become a journalist. He wrote about sport and worked for the Daily Telegraph, LBC radio, the BBC World Service and Radio 4, ending up as the BBC’s sports editor.

He has written more than 30 books and his talk today was all about his latest — Silver: The Spy Who Fooled the Nazis. It’s subtitle is “The most remarkable agent of the Second World War”.

Mihir’s book is based on a true story and the spy, whose code name was “Silver”, ended up working for five countries during the course of World War Two.

Silver, whose real name was Bhagat Ram Talwar, was an Indian freedom fighter who helped the British in the North-West Frontier, then walked to Kabul to work with the Germans!

He also spied for the Italians, Japanese and Russians. Silver/Bhagat lived from 1908 to 1983 and was a larger than life character. He made quite a bit of money out of the war and died a rich man.

Silver was a very believable character — a gift needed for a spy in those times. He had many great attributes, he spoke several languages and believed in himself. He also had the ability to convince others that he was telling the truth. The Russians shared Silver with the British to spy against the Germans.

Mihir Bose was quick to point out that they were different times, with little or no communication between such remote places, and it would be a different story today.

Silver has often been compared to Lawrence of Arabia for his ability to blend in with the locals.

The story about Silver was at times a bit disjointed and rambling, but it was quite interesting none the less.

Since the release of old documents, lots of facts about Silver have emerged and been verified. The only country not to make their records public is Russia, so their part in the story isn’t verified.

Silver must have been a very sharp operator. According to Mihir, Silver was in Kabul one time and met an opponent who had also seen him in India.

Realising that he may have given the game away, Silver invited this chap for supper at his flat. Little did the opponent know that Silver had used cut up bits of tiger’s whiskers in the meal. The opponent was an opponent no more!

Silver’s story touched on the Special Operations Executive, Bletchley Park, and there was also a mention of Kim Philby. All very interesting, but I’m not sure what most people signed up for, given his sporting background.

Mihir Bose is a very articulate and knowledgeable man who obviously is very passionate about his subject, but at times it was a bit difficult to follow the story.

He had a good sense of humour and was happy to sign books afterwards. We didn’t end up buying his book, which with hindsight I regret. It would be worth reading, I think. Silver sounds a remarkable character.