Research pays off for pair 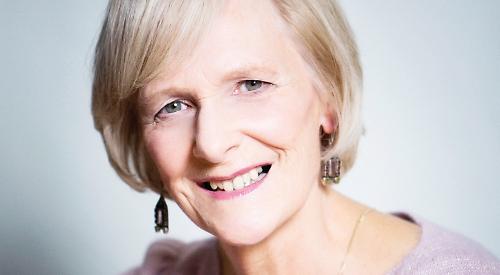 AFTER an informative introduction from the chair, Mail on Sunday fiction editor Hephzibah Anderson, Anne O’Brien told us her aim in researching and writing is to fill in some of the gaps in the historical narrative around women of the medieval period who often only appear incidentally in the records.

Anne had been reluctant to write about Joan of Kent (The Shadow Queen) as the only firm history of her takes the form of scandal and there is no record of her own experiences or feelings, unlike some of her other heroines. However Joan kept appearing on the fringes of other stories and eventually there was enough information to give her a voice of her own.

Until his latest book, Rory Clements had been writing about the secrets and machinations of politics in Elizabethan times through his protagonist, John Shakespeare.

Now he has brought his talents to bear on the mid-20th century, looking at pre-war Cambridge and the scandal around the abdication, but neatly giving his hero, history professor Tom Wilde, the Elizabethan period as his specialism.

An audience member asked when was there enough research to begin writing? Anne responded “When characters speak to me” and both authors emphasised that they do their research to find the gaps between the facts from which their characters emerge.

Rory’s main characters are fictional but based upon real characters and situations: composites made to fulfil the needs of the author and the book. His main problem with the latest book (Corpus) has been hindsight about the way people felt about events before and after the Second World War.

Both authors had worked in other fields before becoming published, and when asked about changing careers Rory’s advice was to write A LOT before launching yourself — he had done 15 to 20 years of research around his period and characters before his first book.

Although Anne said she had not intended to become a writer, after some of her first writing was published “ambition hit” and she treated writing as a more serious career, finding an agent and success as an author of historical fiction.

When asked whether they preferred research or writing, both authors chose research: Anne qualifying it by saying that research continues throughout the writing as facts are checked and situations tested. Rory loves the travelling and experiences of research.

After a very warm hour in the town hall, the audience dispersed to the book signing with a wider view of the life of a writer and, for some of us, two new authors to follow up and enjoy.